As humans search for higher agricultural yields, their waste may flush a stinky situation 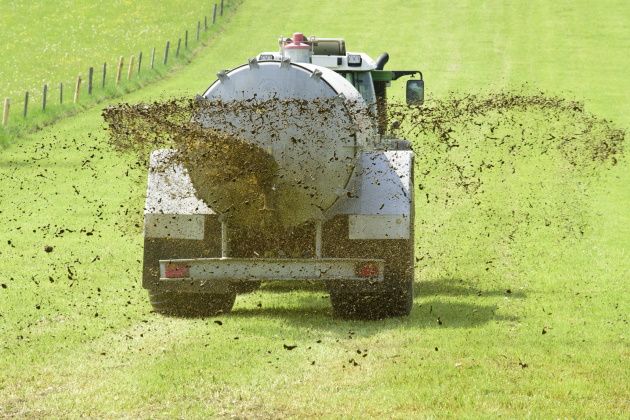 It's a subject none of us care to discuss even though it's part of our daily lives: human waste. This basic product of human existence has, for thousands of years, been little more than waste to be managed or done away with.

Nevertheless, human waste, like its bovine counterpart, may be exceedingly valuable for sustainable agricultural purposes. So says science.

Researchers from Cornell University’s College of Agriculture and Life Sciences and the Canadian Light Source at the University of Saskatchewan may have discovered it’s possible to create nitrogen-rich fertilizer by combining the solid and liquid components of human waste.

Published in the journal Sustainable Chemistry and Engineering, our waste may increase crop yields in developing countries and reduce contamination of groundwater caused by nitrogen runoff. Nitrogen is part of chemical fertilizers.

Such “fertilizer” could help farmers produce higher yields with less ground, or the same ground currently used without the need for additional deforestation, for example.

The researchers heated the solid component of human waste in the absence of oxygen to produce a pathogen-free charcoal called biochar. Next, they manipulated the biochar's surface by priming it with CO2, enabling it to soak up ammonia, the nitrogen-rich gas given off by urine. By repeating the process, they loaded up the biochar with additional nitrogen, resulting in a solid material rich in nitrogen.

Previous research engineered high-tech adsorbers, but the researchers in this case wanted a low-tech approach. Adsorbers are materials whose surfaces can capture and hold gas or liquids.

The research team showed it is possible to make fertilizer from human waste, but more must still be done; primarily, how will this human-powered fertilizer compare to existing commercial nitrogen fertilizers for different crops and soils? And can a cost-effective solution be delivered to perform this process automatically in a real-world setting?

Such a solution could radically alter the face of farming in developing countries. This is particularly important because, as the world’s population soars, findings by the University of Maryland — released by Global Forest Watch — suggest through satellite and online forest monitoring that 2019 was the third highest year for losses of tropical primary forest since the turn of the century.

Among the most significant areas of loss include Brazil, the Democratic Republic of Congo, and Bolivia. Agriculture primarily to blame in all three countries.

If human waste can reasonably be made into fertilizer fit for agricultural use, the crappy business of clear-cutting forests to increase arable land to increase yields may help turn a stinky situation onto one that’s a little rosier.