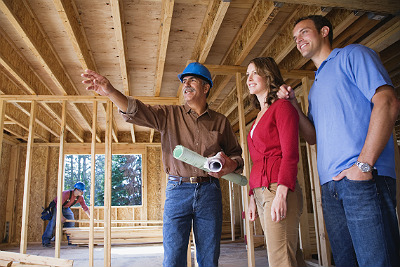 The building industry righted course in February, with all indicators trending upward. Activity increased in both the residential and nonresidential sectors, and the outlook at present is for continued steady growth throughout the remainder of 2016.

The level of growth, however, remains in question, as builders struggle to keep pace with demand in the face of mounting industry challenges.

Overall, new construction starts climbed 10 percent in February, according to Dodge Data & Analytics. Dodge attributed most of that growth to the nonbuilding construction sector. On the nonresidential side, new hotel and office projects helped push activity up 4 percent over January in that sector.

Dodge reported a decline in both single-family and multifamily building, after an increase in January, based on its calculations. However, Dodge tracks the value of projects whereas the Commerce Department tracks number of units.

Lurking behind this good news were several other industry reports that revealed conditions presenting challenges to builders. While housing starts rose in February, permits declined 3.1 percent from the previous month, primarily in the multifamily sector, said the Commerce Department. This may be a temporary month-over-month dip, but it may also reflect a slowdown in permit issuance across the industry.

Data gathered by the National Association of Home Builders and The Wall Street Journal finds delays in permit processing time has nearly doubled, from four months in 2011 to seven months in 2015. The American Institute of Architects states its members are experiencing wait times of a long as eight months in high-growth areas.

Despite acknowledged shortages in both single-family and multifamily units, local governments have not increased their staffs to keep up with demand. Multifamily has been especially hard hit by these delays, which are affecting projects both large and small.

Employment continues to grow in the industry, but a shortage of skilled labor threatens to hamper the pace of future projects. Construction firms added 19,000 jobs in February, according to the Associated General Contractors of America, and the number of unemployed workers was at its lowest point since 2000.

In addition, building costs keep going up. The most recent Mortensen Construction Cost Index forecasts an average project cost increase of 3 to 4 percent this year. Although not enough to seriously squelch the demand for new construction, increased costs could translate into delayed projects later in the year.

Combined, these trends are making it difficult for builders to keep up with demand. The Associated Builders and Contractors announced that nationally, construction backlogs expanded by nearly 3 percent, to 8.7 months, in the last three months of the year.

"Skill worker shortages are a frequently cited reason,” ABC Chief Economist Anirban Basu said. "For the first time in years, some contractors are reporting that they are turning away work."