As close as your own breath: A simple — and free — way to improve your health, memory and mood 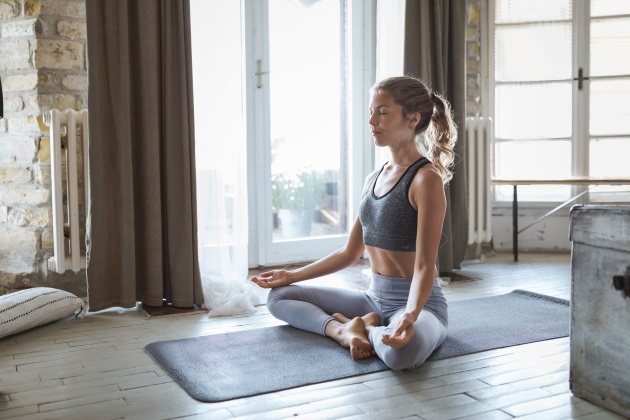 We breathe approximately 25,000 times a day, and 30 to 50% of us are doing it improperly. Almost as many of us have respiratory issues and illnesses that affect our sleep, brain function and overall health.

How could this be? Breathing happens in the body automatically without us having to think about it. That’s exactly the problem. Most of us are not conscious about this essential bodily function.

The idea of roper breathing isn’t new. Yogis have been talking about it for thousands of years as have experts in Chinese medicine.

In the West, science has been slower in recognizing that there is a right way and a wrong way to breathe. There are two main aspects to this: 1) slow and deep “belly” breathing, also known as conscious or mindful breathing; and 2) nose breathing vs. mouth breathing.

Most of us are shallow breathers that inhale and exhale in short bursts that only utilize the upper part of the body. This restricts oxygen intake and shortchanges the bodily systems and organs. Belly or diaphragmatic breathing is deep breathing that not only slows the pacing of the inhale and exhales, it carries it down through the diaphragm and into the belly, bringing in a greater abundance of oxygen. Because this type of breathing is so beneficial for the body, it’s been emphasized in association with yoga, meditation and certain spiritual tradition for centuries.

Western doctors and psychologists have adopted some of these ancient breathing practices because they realized that slowing and deepening the breath reduces stress and anxiety in their patients. This is due to the fact that it calms the nervous system and helps the body move from a fight-or-flight response to a relaxed response.

Beyond breathing more deeply and mindfully, there is a growing body of evidence that points to the importance of nose breathing rather than mouth breathing. Yes, there is a difference, and that difference starts with the anatomy of each opening. Unlike the mouth which is designed to process the food and drinks we need with saliva, the nose — in addition to smelling — is designed to filter the air we breathe. The fine hairs inside the nose prevent billions of particles from entering our bodies. The nose also helps regulate the temperature of the air before it reaches the lungs. The mouth isn’t designed to do either of those things.

In addition, similar to belly breathing, breathing through the nose increases oxygen intake, which improves lung and brain function, and strengthens all the systems of the body. This is especially true during exercise, when our breathing becomes faster.

Mouth breathing, on the other hand, leads to all kinds of problems, some small and some more serious. The most common issue is snoring. Most people aren’t aware that they are mouth breathing while they sleep, which is what causes them to snore. Mouth breathing becomes more problematic when it leads to extreme exhaustion leading to immune disorders. Mouth breathing can also have a negative effect on the gums, throat and ears.

Not sure if you’re a mouth breather? If you have sleep issues, snore, feel extra tired and have lots of respiratory issues, it makes sense to see a health professional to assess your breathing. Since mouth breathing is often caused by specific structural issues with the nose, tonsils, jaw, mouth and teeth, there may be specific strategies you can take to remedy the problem.

In the meantime, here is a breathing technique to get you started on the path to healthier breathing. It is known as four-fold or square breathing. (Make sure to breathe deeply into your belly.)