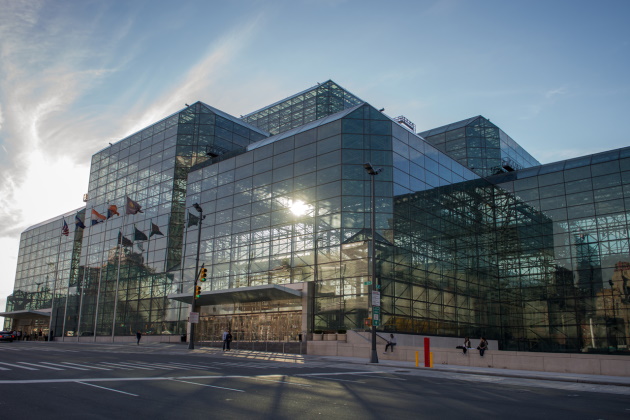 It’s clear that, like healthcare, the U.S. Army Corps of Engineers (USACE) is being stretched to its limits as its employees attempt to respond to the COVID-19 pandemic. Evidence of this is found through a simple review of its website. During the month of March (as of March 29), the Army Corps of Engineers issued 121 press releases, most of which announce some sort of action the federal organization is taking to help combat the pandemic.

Compared to the same time a year ago, the USACE published just one press release.

Many of Corps of Engineers’ releases announce its involvement in procuring facilities appropriate for providing alternate care.

By and large,this process currently involves turning non-healthcare buildings and facilities into hospitals. Such facilities can be used for stable, non-COVID-19 patients to reduce potential surge burden on hospitals. This can allow hospital staff to focus on the most critically ill patients.

“The Army Corps of Engineers built 2,900 worth of beds in less than four days in the Javits Center in New York City,” President Donald Trump told the media during his daily coronavirus daily briefing on March 29. “They worked around the clock, and the people of New York are very happy.”

USACE’s work started when the Federal Emergency Management Agency (FEMA) gave the Corps of Engineers a mission assignment for planning and site assessments of alternate care facilities in response to the COVID-19 virus. USACE must be able to tailor a facility that works best for a given city or a given state.

USACE is looking at more than 110 facilities in 50 states and five territories that they've assessed, Semonite said. It's a new experience for the Corps of Engineers, Semonite noted. “We've never done a pandemic before,” he said.

Also on March 29, the U.S. Army Corps of Engineers Detroit District announced it has received a verbal mission assignment from FEMA to construct a large alternate care facility in downtown Detroit. The first conversion in Michigan will take place at the TCF Center in Detroit to adapt more than 250,000 square feet of the convention facility into medical care space.

Overall, USACE has received seven FEMA Mission Assignments (MAs) totaling $880 million, and it has more than 15,000 personnel engaged, with more than 950 personnel deployed across the nation. Two of the FEMA MAs are for national activation and provide initial planning and engineering support nationwide to address medical facility shortages in the U.S. because of the COVID-19 pandemic, the agency said in a release.

Corps Emergency Operations Centers have been activated at 43 locations across their divisions and districts, including in Texas, Washington, Pennsylvania, New York, and other areas.

Through the unified national emergency response, USACE is currently deploying hundreds of individuals to provide engineering expertise and promote capacity development. The Army Corps provides support that includes management and oversight of design, engineering, and construction; management services and environmental restoration; and research and development assistance.

USACE has a plan for pursing and identifying alternative care sites, which can be found here.