Are you training too much at one time? 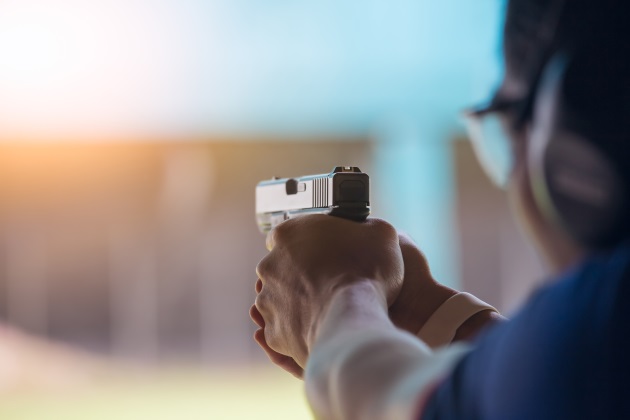 There’s a natural assumption that if you want to get better at a skill, you should spend hours every day practicing it.

After all, we hear stories all the time about the best athletes in the world showing up an hour or two early for practice and being the best because they simply outwork everyone else.

But pros train different aspects of their skill than ordinary people.

Pros are able to spend so much time practicing because they’ve already mastered the fundamentals.

They’re not working on the fundamentals as much as working on brain and body endurance, and performing when exhausted.

I’ve used the example many times, but learning a skill is like sawing a board with a handsaw.

If you start slow and focus on precision early, you end up with speed and precision.

If you try to saw too quickly, too soon, you end up with lots of shallow cuts, no groove, and it takes longer to cut through the board or master the skill.

Speed is definitely the goal, but you don’t get high quality speed by forcing speed or focusing on speed…you get speed through paying close attention to what you’re doing and developing an efficient and consistent technique early on.

From a shooting perspective, when you push yourself too much mentally or physically while you’re trying to learn a skill, you’re not going to have as much mental bandwidth available for the actual skill.

With sawing, you get several sloppy cuts instead of a single, clean one. With shooting, it means shooting sloppy groups in sterile conditions instead of precision ones.

With sawing, if you start slowly, with a single cut, you end up with both speed and precision.

And, it’s the same with shooting.

Here’s the thing…when you’re working on learning or refining your shooting skills, it takes focus and attention.

A level of focus and attention that can’t be maintained for long periods of time.

And, if you train beyond when you’re able to focus and start getting sloppy, then you’ve switched from building skill to simply grinding out reps.

Here’s something that most people aren’t aware of yet…

When you practice with focus for 10-20 minutes and stop, the learning in your brain continues for 6-8 hours!

It’s pretty dense, but here’s a study that goes into more detail.

Now, when most people go to the range, there’s time and effort invested in getting packed up, driving, waiting, setting up, driving, cleaning, etc.

Since it takes so much effort to make training happen, it’s natural to want to do as much as possible while you’re there.

What about shooting as therapy, relaxation, and as a social activity?

Those are different than training for serious objectives like using a gun to save a life. Personally, I have guns that I train with for fighting, I have guns that I shoot for fun, and I reload and do precision rifle for relaxation. There’s carryover, but it’s a false economy to try to bundle them all together.

So, what’s the answer?

The science tells us that we should be doing a few minutes of focused training, a few times per week.

In order for that to make sense, we want our training to be deliberate, fun, have a LOT of variety, and take no more than a minute or two to set up and tear down.

So…when does it make sense to spend hours a day practicing a skill?

There are a couple of answers to that because of the fact that there are different stages of learning…there’s the initial learning phase, stress inoculation, contextual training, endurance, combining multiple skills, and more.

If you’re at a live training, you’re probably going to be spending all day practicing. Don’t think of that as skill building or practice. Think of that as learning head knowledge, an introduction to a skill, and a source of drills to do once you get home to build the actual skill you want to build.

If the skill involves mental or physical endurance, then practice obviously has to include endurance at some point…but you want to build that endurance on solid fundamentals and you don’t want to grind out meaningless reps for the sake of tick marks on a calendar.

Once you have a fundamental skill dialed in, you may be able to perform it at a high level in repeated spurts for hours at a time…the focus isn’t the underlying skill at that point, but contextual application of the skill, making the skill more resilient, and/or inoculating the skill to stress and progressively higher and higher cognitive loads.

An example of this is doing a few minutes a day of dry fire training…first static, then dynamic, and then with increasing cognitive load with the goal being able to do a multi-day force-on-force class where you execute all of the fundamentals automatically at a high level and are able to focus on tactics. Even in that force-on-force training, you may only really have 10-20 minutes of all-out execution of shooting skills over the course of an entire day of training.

Also, once you have the fundamental skill dialed in, some days you’re just going to be in the zone and don’t want to stop. On those days where the training is fun, easy, and high quality, sometimes you just want to let it ride and keep training. In these cases, you want to keep the challenge level so that you’re succeeding 80-90-ish percent of the time and make sure to switch to an easier activity and quit when your ability to practice at a high level drops off.