Are you ready to plug in? 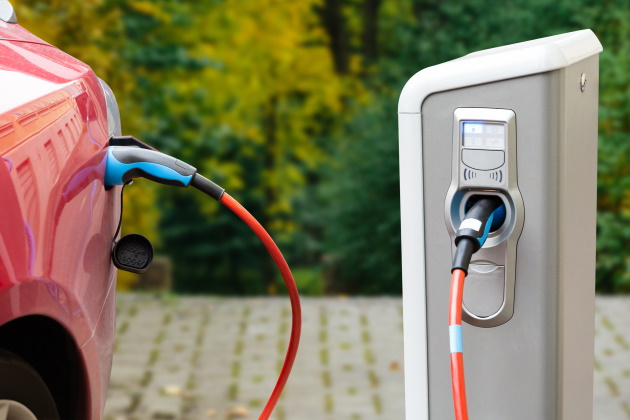 If predictions from auto industry experts are right, your next set of wheels could well be powered by electricity.

According to the Edison Electric Institute (EEI), the number of electric vehicles (EVs) on U.S. roads is projected to reach almost 20 million by 2030 — up from just 1 million in 2018. There is no question the future of electric transportation is evolving at a breakneck pace.

Tesla leads the world’s production of EVs with its fleet of three all-electric models pouring off assembly lines at the rate of 500,000 per year. Second place Volkswagen Group is fast closing ground, however, with global production of five EV models approaching 232,000 in 2020 — and industry insiders say VW will top Tesla within a year or two.

General Motors plans to completely phase out internal combustion powered vehicles (gas and diesel) by 2035. Bettering GM, Volvo has committed to sell only electric vehicles by 2030. Volkswagen hasn’t confirmed as much, but has hinted its conversion might happen sooner than that.

Incentivizing the adoption of EVs in the U.S. is a federal tax credit for most electric vehicles for up to $7,500. That is, except for Tesla and GM, whose output has exceeded the credit’s cutoff of 200,000 vehicles sold. A number of states, led by California, also offer tax credits for the purchase or lease of EVs.

Among the crop of new EVs still eligible for the federal tax break, there are three that we think rate as best buys based on performance, driving agility and comfort, interior design and driving range.

First and most exciting is Ford’s new Mustang Mach-E. It’s a crossover (an SUV built on a car-based platform) that offers Tesla Model Y-like performance, including impressive driving dynamics, acceleration (0-60 in 5.1 seconds) and versatility.

Roughly the same size as a Ford Escape, the Mach-E blends typical SUV proportions with some characteristic Mustang styling features. It is the first Ford vehicle to be designed specifically as an electric vehicle. Test reports suggest the driving experience is exciting enough for the Mach-E to earn the Mustang badge. Driving range with the standard battery is 230 miles, but there’s an optional 98.8 kWh battery pack that should provide 300 miles on a charge. MSRP range is $43,895 to $59,300 (for a forthcoming GT Performance version).

Tops in the luxury family sedan category is the classy Volvo XC40 Recharge. Based on the company’s highly regarded gasoline-powered XC40 SUV, this buggy is as fashionable as it is peppy and practical. Keys to its appeal: an upscale interior with plenty of legroom for five, advanced safety features and a voice-controlled infotainment system.

The Recharge is Volvo’s answer to the Mercedes Benz EQC and Tesla’s Model Y. Its 75 kWh battery powers a dual-motor powertrain with a total of 402 horsepower transferred through a standard all-wheel drive system. It is super-fast for such a heavy vehicle (4,740 lbs.), easily recording sub-5-second zero to 60 times. Range for Volvo’s first plug-in EV is a modest 208 miles, but its MPGe rating is impressive at 85 city/72 highway. Prices start at about $55,000 — but remember, with the tax break that figure drops to $47,500.

Those seeking an affordable electric subcompact SUV need look no further than the Hyundai Kona EV. Comparative reviews show it to be competitive with the much more expensive Tesla Model Y and Volkswagen ID.4. It’s a stylish crossover SUV that offers exceptional fuel economy (132 MPGe/city and 108 MPGe/highway) and many standard features including a bevy of active safety assists.

The Kona’s sporty handling and 201-horsepower electric motor powered by a 64 kWh battery pack make it fun to drive throughout its 258-mile range. With a 0 to 60 time of 6.4 seconds, the Kona EV is a bit quicker than its gasoline-powered counterpart, and its top speed of 104 mph indicates that it should have no problem keeping up with traffic on the interstate.

Some rivals are more spacious, but Kona’s great blend of attributes for such a modest price makes it a top choice in its class. Prices start at $37,390.