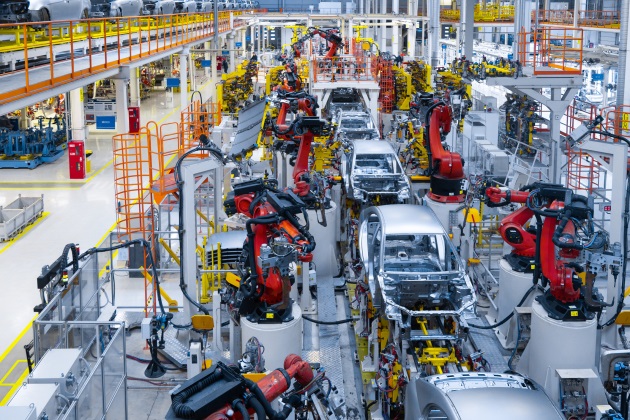 Fight for $15 is the minimum wage raise campaign announced in 2012 when fast-food workers walked out of jobs that paid them $7.25 — the standard federal minimum wage per hour. Since then, grassroots enthusiasm for the campaign has evolved into a pitched battle. The U.S. House recently voted in favor of raising federal wage minimum to $15, while the Senate refuses to consider the legislation so far.

While some argue that $15 per hour still does not provide a living wage, it’s an improvement for all workers regardless of pay disparities among various sectors.

Average wages are considerably higher in the manufacturing sector than the fast-food sector. In fact, at first glance, manufacturing would be one sector least affected by a minimum wage hike. The Bureau of Labor Statistics reports the average hourly wage for a production (manufacturing) worker is $16.58 — just over the proposed $15 minimum.

Even within manufacturing, there’s a notable wage range of almost $10 per hour. For example, plastics product manufacturing pays workers an average of $16.43. On the higher end of the pay scale is aluminum production and processing, which pays $25.98.

To put these numbers in perspective, compare recent increases in manufacturing wages. In July 2018, the average manufacturing wage was $21.43. One year later, in June 2019, average wages topped off at $22.03, slightly down from May’s $22.04. This suggests incremental wage growth has now halted: is there wage stagnation in the manufacturing sector?

Stagnation, of course, is a word we are not likely to hear on the campaign trail this fall. But it is a word on many Americans’ lips — especially residents of former manufacturing strongholds in the Rust Belt, many of whom were key supporters of Donald Trump in 2016.

The image of the solid American middle-class manufacturing household has changed, as manufacturing has been rocked by multiple developments. Brexit and trade war uncertainty form the background for recent sector challenges, although globalization’s outsourcing practice looms even larger behind the manufacturing scene, as grim manufacturing numbers are forecasted into the 21st century.

What accounts for stagnating manufacturing wages? A recent New York Times article sums up the culprits: "Globalization and automation meant that Americans were competing against lower-paid workers overseas and against robots at home. The rising power of the biggest corporations, paired with falling rates of unionization, made it harder for workers to negotiate for higher pay. Sluggish productivity growth meant that companies couldn’t raise pay without eating into profits."

Unions are pivotal here, per Dean Baker from the Center for Economic and Policy Research: "According to the Bureau of Labor Statistics, there were 84,000 fewer union members employed in manufacturing in 2018 than in 2011. While there has been a modest increase in union employees the last two years, the 2018 number was still 29,000 below the 2015 figure."

An average of 12,000 per year drop in unionized manufacturing jobs is a staggering number that reinforces speculation that temp work replacing full-time permanent positions is a key element of manufacturing employment trends this decade.

The lowest-paid workers are most directly impacted by the minimum wage numbers tossed around by politicians. Think about it: $15 or $20 an hour would allow parents to hire childcare so they can look for better paying jobs or attend manufacturing sector trainings. While these labor sectors and their respective pay scales are reported separately, they interact and overlap in workers’ lives.

The campaign to increase the minimum wage impacts all labor sectors, including manufacturing, and low wages continue to erode the American middle class, which has historically developed through union representation, not temp agency jobs.