Are knowledge workers doomed? Why it’s time to embrace AI and prepare for the feeling economy 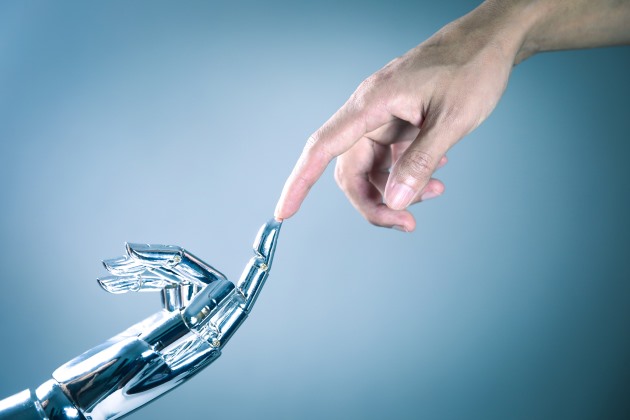 This article was first published on RealLeaders.

This gave rise to our current thinking economy, where employment and wages are more tied to workers’ abilities to process, analyze and interpret information to make decisions and solve problems … just like the Industrial Revolution automated physical tasks by decreasing the value of human strength and increasing the value of human cognition, AI is now reshaping the landscape and ushering in a feeling economy.

What characterizes this emerging economy? Consider for example the role of a financial analyst, which seems pretty quantitative and thinking-oriented. But our recent research shows this field as increasingly feeling-oriented over the last 10 years. As AI-powered tools increasingly do the analytical work, it’s more critical for financial analysts to interact skillfully with clients – to reassure them about things like stock market dips. The “people” person becomes much more valuable than the anti-social numbers or tech geek.

This trend illustrates a convergence of artificial and human intelligence and why it’s crucial for companies and workers alike to embrace such to be viable. The stakes don’t only apply to specialized analytical work. Managerial jobs need to be more people-oriented and feeling-conscious as well.

Knowledge workers, especially in leadership roles, can swiftly act to safeguard their careers and better position their organizations to prosper in this AI revolution.

Shift the recruiting mindset: Since AI can do more of the thinking tasks, firms need to recruit people who can perform well in feeling tasks and jobs. People management, working with others, emotional intelligence and negotiation skills are already in strong demand and will be even more important in the future.

Protect your job now: Individuals can safeguard their jobs by enhancing their feeling and empathetic skills and gravitating toward jobs that emphasize those tasks. The most successful workers will be those who can manage relationships in an empathetic and emotionally intelligent way.

Intuitive and creative professionals will hang on longer than the purely analytical workers in terms of AI disrupting their careers. Humans cannot compete head-head with machines, as they are powerhouses of analytical thinking.

Computer scientists have tried, and are still trying, to design machines that can think in the human way — significantly for responding to unknown and new environments. Nonetheless, knowledge workers should focus on the long game. And career seekers should not focus and plan on being analytical workers -- even though the analytics field is very hot. As hockey legend Wayne Gretzky has said: “Skate to where the puck is going, not to where the puck is.”

To broadly reiterate, the emerging feeling economy is changing the nature of all jobs, so companies and individuals should prepare. Organizations need to manage differently, with more emphasis on feeling, empathy and emotional intelligence. The companies that take advantage of this trend will be the most successful. There will be new opportunities for feeling-oriented companies and products. This also creates opportunities to pull ahead in the global market.

Roland T. Rust is Distinguished University Professor, David Bruce Smith Chair in Marketing, and founder and Executive Director of the Center for Excellence in Service at the Robert H. Smith School of Business, University of Maryland. An award-winning writer and editor, he has edited several major journals and consulted with American Airlines, AT&T, Dupont, Eli Lilly, FedEx, Lockheed Martin, Microsoft, NASA, and Sony, among many companies worldwide.

Ming-Hui Huang is Distinguished Research Fellow at the Center for Excellence in Service at the Robert H. Smith School of Business, University of Maryland, and Distinguished Professor, Department of Information Management, College of Management, National Taiwan University. A leading researcher and frequent contributor to both academic and managerial journals in AI and service, she is also Editor-in-Chief Elect of the Journal of Service Research (JSR). Learn more about their new book, The Feeling Economy: How Artificial Intelligence Is Creating the Era of Empathy (Springer International Publishing; January 2021), at https://www.amazon.com/Feeling-Economy-Artificial-Intelligence-Creating/dp/3030529762.