Are K-12 schools on the brink of financial disaster? 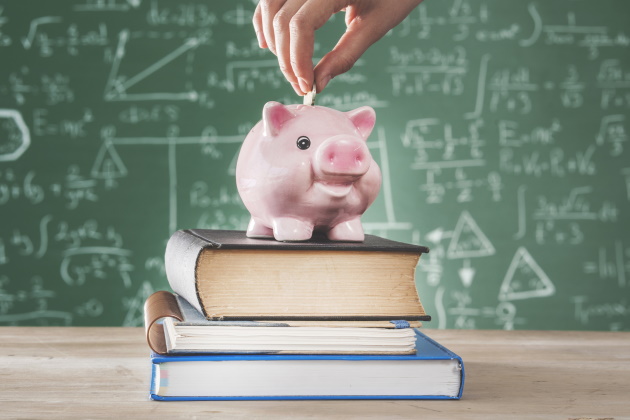 What financial impact will the COVID-19 pandemic have on K-12 schools? In a recent education article, I surveyed current informed opinion on the financial impact of the pandemic on K-12 teachers. An Education Week article succinctly stated that situation in the title of July 14 article, “Thousands of Educators Laid Off Already Due to COVID-19, and More Expected.”

As for the finances of the schools themselves, opinion is mixed, ranging from guardedly optimistic to disastrous beyond belief. As usual in our sharply divided country, opinions link to politics.

In late April, the U.S. Department of Education announced that through the CARES Act, the Trump administration had approved “more than $13.2 billion in emergency relief funds…to support continued learning for K-12 students whose educations have been disrupted by the coronavirus.”

Somewhat predictably, this amount was denounced as entirely inadequate by various liberal-leaning institutions and Democratic lawmakers. In an American Enterprise Institute interview that laid out a middle ground, former Bill and Melinda Gates Foundation senior economic advisor Margarite Roza noted that for the school year 2020-21, school district finances “look to be devastating,” but also proposed ways to mitigate the damage. School teachers will probably not be surprised to learn that most of these mitigations involve hiring freezes, cuts to contracts, especially “periphery programs,” but also “bigger-ticket items like benefits.”

Overall, the administration’s current view is that schools can get through this, primarily by cutting expenses rather than through increased funding. Both sides (administration and education advocates) seem to agree that as federal and state budgets now stand, there isn’t going to be enough money to continue K-12 education on its pre-COVID-19 trajectory. Their disagreement centers on the remedy: cutting back or providing additional federal emergency funding.

Teachers unions have been consistently clear that K-12 education in this country is headed for disaster unless Congress (and an approving President Trump) provide significant new federal education funds. Their reasoning is that around 50% of school district revenues come from state funding and that the states are projecting revenue cuts of as much as 25% for the coming school year.

This estimate, incidentally, like most of the opinions in this article, was made prior to the recent July pandemic resurgence and is already aging, not for the better. The next round of revenue projections will reflect a rapidly worsening pandemic.

In a May letter sent to Congress by the Council of the Great City Schools, school administrators have asked for federal assistance on an entirely different scale than anything proposed by the administration:

Where Does the Country Go From Here?

This is more than a funding disagreement. The difference between the administration’s $13 billion in CARES Act funding and the more than $200 billion of additional funding called for by school officials and their unions represents two almost entirely noncongruent world views: that the federal government has an obligation to provide every remedy within its power when disaster strikes or that the responsibility lies primarily with the people themselves, with government available to lend a helping hand.

Underlying this difference is a relevant question: does the government have the right, or even the obligation, to raise taxes on its wealthiest citizens to provide emergency education funds in a crisis like the present one? Because, eventually, the money has to come to the government through taxes. We’re a rich country and can carry on with huge deficits for some indefinite future, but eventually the earnings of its citizens are what funds this, or any other, government.

As a practical political matter, it seems likely that some additional education funding will be announced prior to the November election and that it will be accomplished by deficit funding rather than through taxes.

President Trump is acutely attuned to what works for voters. The areas where he seems most likely to lose votes are through a call for increased taxation, a failure to provide additional unemployment compensation or a similar failure to provide substantial new school funding. And, of course, whatever funding is provided will be criticized as inadequate because it surely will not be for more than $200 billion. What happens after November, of course, depends on which party wins the Presidential election, who controls Congress, and whether either party has a sufficient majority in the Senate to overcome filibusters if substantial changes are proposed.