Another day at the office? The meaning of work life after the death of presenteeism 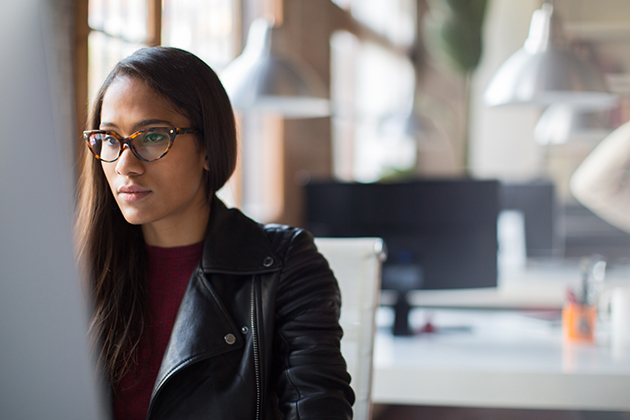 One day last May, Mark Thompson, then the CEO and president of The New York Times, had just concluded his first quarterly earnings call. Three thousand people normally pack the famous skyscraper at 620 Eighth Avenue. Fewer than 20 were in that day. With an unexpected rush of energy, Thompson hopped on his beloved Brompton fold-up bike and pedalled off across the vast floors of his headquarters. Surveying the savannah of empty desks, he trundled past the potted plants, the small, framed photos of smiling loved ones and an abandoned cardigan. The sight of the cycling CEO caused little stir.

“It was like going around an empty milking parlor,” says Mark. “I wondered why we’d had all these people sitting in rows staring at computers.”

He imagined his teams comfortable at home, getting more work done and pondered the ways of corporate America. “I thought, there’s a big question mark over the office as an organizing principle of cities and I wondered whether it makes sense anymore. It made me wonder: should you sell your skyscraper?”

Thompson decided hoisting the “for sale” sign on Times Tower might be a step too far. But that was the moment he realized that office working would never be the same again.

“We must get a new sensible settlement about how we all work together that is more family friendly, more planet friendly, more practical,” says Thompson. “It will mean we use offices and collective workspaces better and give people more freedom to plan their lives.”

As the vaccine rollout accelerates, time is running out to re-define what the new world of work will look like. Presenteeism is dead. Hybrid working is the buzz. Managing remote teams is faltering. Managing by results is little understood.

Nupur Singh Mallick is the Chief Human Resources Officer at Tata Group, working out of Mumbai. At the outset of the pandemic, the company moved 600,000 of their people from offices to homes. She is cautious about jumping to conclusions about the future.

“We don’t yet know the long-term impact of large-scale remote working on human connections and our social capital. Work is a collaborative process. We don’t want to lose that, so we need to find the right balance,” Mallick reflects. “People will still need to come together to discuss ideas. People do greater things together because you trust each other. You respect each other. We have to tread carefully and take what we’ve learned and make sure we keep the diversity of thought and experience.”

Yet one thing is certain: The Tata Group will not return to its old ways of working. Mallick adds, “You want to come out of this much stronger. We are seriously considering by 2025 whether we could have only 25% of our people working in an office. We will not go back to where we were.”

Mallick agrees that issues still need to be solved around homeworking. “It is not something that can just be mandated. When you come up with a new way, the people need to be at the centre of the design. We don’t want to create division between the work-from-home group and the work-from-office people.”

The pandemic also accelerated new attitudes and awareness around physical and mental well-being. Suddenly, millions of people have realized how unhealthy their relationship with work was.

There has also been a considerable upside from the new virtual world we work in. Meaningless, health-sapping commuting has been cancelled. Work from anywhere has seen a boom with Barbados, Bermuda and Estonia encouraging workers to relocate there to a new world of sand, sea and Zoom.

There are huge regional differences in attitudes on homeworking across the world. Most parts of Asia never saw lockdown like the US and Europe. George Hongchoy is CEO of Link Asset Management, based in Hong Kong and a major owner of retail and office buildings in China. He predicts that less will change than people are anticipating. “It depends on the function and the nature of the roles,” he says. “I still think that work and social interaction go together. Employers will become more flexible. We’ll need more space for each individual. But I think most people will go back.”

It’s not just where we work that will never be the same. Many predict that the style of leadership will be forever changed by COVID too. Leena Nair is the Chief Human Resources Officer at Unilever, the multinational famous for some 400 household name brands.

She believes the pandemic has exposed the “Superman” leader as a relic of the past. She hopes it will cement a new era of compassionate leadership. She describes the attributes of leaders that worked in the crisis and sees them as the template for the future.

“Being kind. Being compassionate. Being empathetic. Being inclusive. No longer is the leader the one who has all the answers,” Nair stresses. “The first thing they do is listen and acknowledge the pain and the answers will follow. Empathize, walk in their shoes. Lead with no hierarchies. Be willing to be humble and curious. These are the leaders who are succeeding at this time. We have undervalued these things in the past because we liked leaders chasing for growth and talking up profit and adopting the Superman style of leadership.”

Homeworking has been the most discussed corporate aspect of the crisis. Yet so much remains undefined about what happens next. Now is the moment to start giving our co-workers clarity. This is a once-in-a-generation opportunity to reinvent the workplace. It would be a failure of leadership to let this moment pass.

Atholl Duncan is Chair of Black Isle Group, leadership performance development specialists, and an international executive coach. Certified by INSEAD, he also studied leadership at Harvard and Cranfield. A former journalist and television producer, he worked for BBC News for more than 20 years. Learn more about his new book, "Leaders in Lockdown: Inside Stories of COVID-19 and the New World of Business" at https://www.amazon.co.uk/Leaders-Lockdown-stories-Covid-19-business/dp/1911671014.