An overview of education policies proposed by Trump, Biden 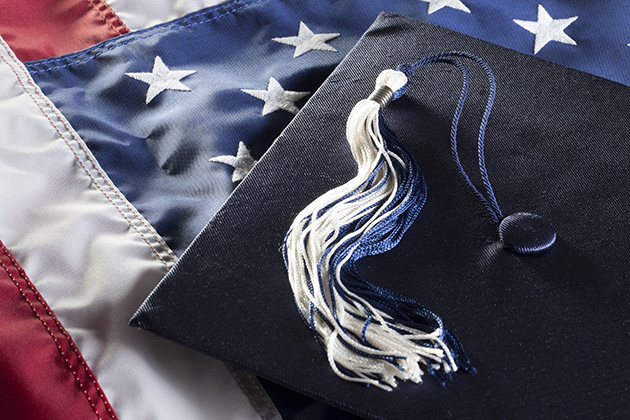 In a recent article, I compared the views of President Trump and former Vice President Biden on K-12 charter schools. Let’s compare their views on six of the remaining important education issues as we approach what promises to be an unusually combative election. If you’d like more detailed info on any of these issues, I’ve provided links to help you get what you need.

How much money is in each candidate’s education budget is almost certainly the most significant indicator of their positions on almost every other education issue. Without funding, no education initiative, no matter how well-designed, can be implemented effectively.

President Trump’s proposed education budget reduces overall education funding by $5.6 billion. While a Democratic-controlled House of Representatives is unlikely to support these cuts, they do represent the president’s priorities. This reduction is partially offset in one area; the president proposes providing $5 billion in tax credits for charter school vouchers, a relatively popular proposal among taxpayers.

Candidate Biden hasn’t attached a specific dollar amount to his 2021 education budget, but according to The Committee for a Responsible Federal Budget, an organization given high marks for balanced coverage by Media Bias/Fact Check, Biden’s education proposals would cost an additional $850 billion over a 10-year period, representing more than a doubling of the current federal education budget.

There is no mention of teacher salaries in Trump’s education platform, which

Biden’s platform notes that teachers are paid about 21% less than other workers with similar educations and qualifications. To improve teacher pay, Biden proposes to triple Title I funding and to require school districts to “use these funds to offer educators competitive salaries.” Perhaps the most significant Biden proposal related to teacher salaries is his “student loan cancellation plan,” which would reduce or even eliminate payments that teachers currently make on their education loans.

Trump’s education budget doesn’t detail changes in support-staff funding one way or the other, although it does favor “increased federal support for career and technical education.” Whether this would include budgeting for increased support staff — more and/or better qualified career counselors, for instance — is undetermined.

Trump hasn’t addressed the issue of classroom size directly. Education Secretary Betsy Devos, however, has maintained that, “Students may be better served by being in larger classes, if by hiring fewer teachers, a district or state can better compensate those who have demonstrated high ability and outstanding results.”

In 2007, Biden sponsored a Class Size Reduction Bill in the Senate, which also included funding for 10,000 additional teachers. His current policy statement proposes that “the smaller the class size, the better the outcome.”

Like so many issues, class size has become politicized, with conservatives arguing that “class size doesn’t matter a whit.” Liberals generally favor decreased class sizes, but the reality is more complex. Bill Gates has made essentially the same argument as Betsy Devos. Studies show that smaller classes are helpful, particularly in the early grades, but outcomes depend on teacher training and administrative support.

Trump hasn’t spoken about school desegregation or re-segregation, but he has talked about the problems of what he terms “inner-city” schools and proposes to solve them by increasing financial support for charter schools.

Teachers, teachers’ unions, other teacher groups not affiliated with the charter school movement as well as nearly every education website are strongly opposed to Trump’s emphasis on charter schools and claim what he’s proposing will hurt students and teachers and further increase the re-segregation of schools that has occurred over the past 20 years or so.

A number of black parents feel differently about this and see charter schools as a way for their children to escape the under-financed and stressed-out K-12 environment in, yes, what Trump calls “inner-city” schools.

After a shaky start on the issue in the 1970s, Biden’s platform calls for the Department of Education to “renew its work on desegregation.” Nevertheless, many liberals remain critical of Biden on this issue. His platform advocates putting additional money into underperforming and largely segregated K-12 classrooms. What effect this might have on segregation rates is unpredictable.

On this particular issue, the candidates’ positions are clear and clearly opposed. Trump has long supported conservative Republican beliefs that the federal government is too large and too far removed from individual citizens to perform well, and that more responsibility and authority for K-12 education needs to be returned to the states.

Biden, like most Democrats, sees the shrinking of the Federal Government since Reagan’s presidency forward as a fundamental mistake. His platform calls for increased federal spending and, to a lesser degree, federal oversight to cure U.S. K-12 education’s various ills.

The COVID-19 pandemic has thrown more than a wrench into every state and federal budget, not just for this and the coming year, but more likely for years to come. Therefore, all the above education proposals by both candidates should be viewed as aspirational.

If the pandemic is as bad as some fear, education budgeting, and particularly the increases advocated by Joe Biden, may not be doable. On the other hand, the pandemic-related societal disruption could prompt a general shift in priorities in favor of higher taxes for wealthy Americans to fund an increase in federal social programs to support middle- and lower-income citizens. Significantly increased education funding would be an important part of that shift.

For what it’s worth, teachers’ unions are uniformly opposed to Trump’s reelection — as are various online education sites, where opposition ranges from disapproval of specific Trump proposals to general outrage.