Amid the coronavirus pandemic, the world of event planning takes a huge hit 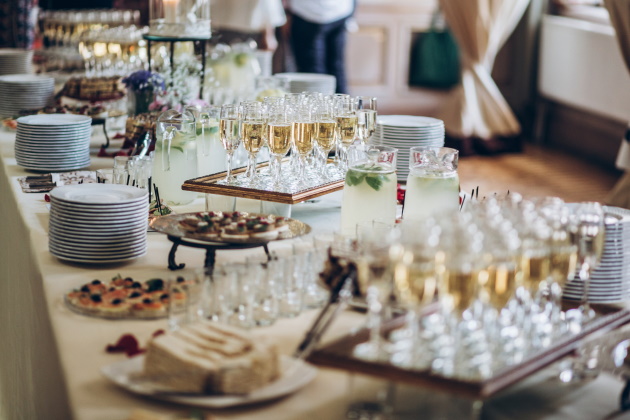 The catering business, by its nature, is finicky. Paul Lebo always knew that.

For nearly three decades, Lebo has attempted to adapt and change with every one of his customers’ needs when they employ Eye to Eye Events. Sometimes that means altering the menu on the morning of the wedding. Other times that means accommodating 50 more guests than expected. When you are in the event business, Lebo says, adapting is the only constant.

But maybe Lebo, who is close to retirement age, was just a little far ahead of himself when he started to extol universal principles about his business. After all, he notes, it’s never a shrewd move to predict the needs of a clientele base comprised of mostly young, highly volatile people on their most important day.

But the event that forced him to check his ego, ironically, wasn’t an event at all. It was the coronavirus. Every trend he had ever seen went in the opposite direction.

Instead of 50 more people at parties, it was only 50 people in total. Events that were slated for hundreds of guests, meaning thousands of dollars in revenue, dwindled to an intimate congregation that lost money for his business.

“Having it taken away — it's like I got punched in the face," Lebo said.

And now, the business that he thought he would retire on is facing the end prematurely. He has applied for loans from the government. He says those may not be enough.

The real solution, he thinks, will be found in group meetings with other caterers facing similar issues in the New Jersey area. In truth, the issues are staring down caterers in every state.

In Connecticut, David Cingari is also looking for answers. He doesn’t want to lay anyone off. It is still hard to keep hopeful in the face of 40 canceled weddings out of 47 scheduled.

“It’s all I think about all day and all night,” he said. “I just hope that another pivot comes to mind by mid-September that will hold us until January. There has to be some way. I have too many good people and too much wisdom under my belt to not be able to figure this out.”

For now, though, that sentiment is being met with few solutions. The virus continues to spike in different cities across the United States.

Of course, event planners rely on having people travel from all over the world and the country to come celebrate days with loved ones. The events that are most prosperous for event planners are those most well-attended. In a world with the pandemic, that goes against all the guidelines.

“[On any] Friday or Saturday night where we were seeing different types of weddings, graduations or different events. We turned [it] into one of the most amazing [revenue streams],” Adrian Martinez, who runs a barbeque restaurant in San Antonio that caters events, said. “…We have had a drop in revenue. At first, we were 90% down and now we are 60% under what we were before.”

The other part of the equation comes from customers. With people out of a job, event planning that typically requires large expenditures is no longer in demand. The mandates at the state level to not gather also hinders business and has caused many people to postpone events until 2021.

The short-term future is going to largely be defined by cutting costs where businesses can. For some, this is a matter of being open in six months or closing down. For others, it is more about how many workers they can keep and how many people will be out of a job.

“It’s just really frustrating, because we really want to help our employees. Most of them live paycheck to paycheck, and without us who knows what’s going to happen to them,” Matt Fulton, a catering business owner in New York, concluded.