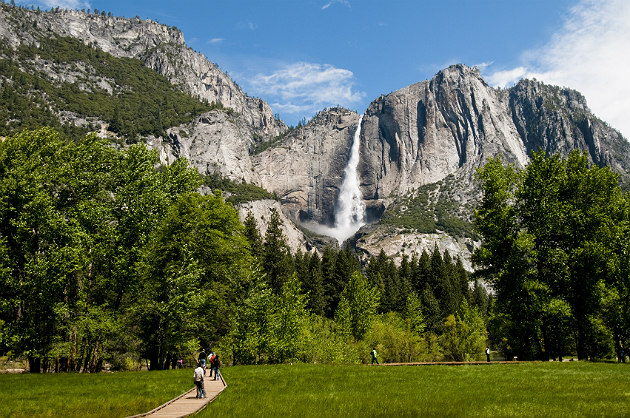 Yosemite's Nevada Fall is both breathtaking and dangerous.

Last September, Tomer Frankfurter, an 18-year-old student from Israel, was hiking in Yosemite National Park when he decided to go for a “selfie” standing atop a cliff next to 594-foot Nevada Fall. Sadly, the teen lost his balance and plunged hundreds of feet to his death on the rocks below.

These widely publicized deaths remind us that while the nation’s superb park system is meant to offer fun, healthy, outdoorsy adventures, there’s a darker side to what can happen at these parks that often goes unnoticed.

A couple of years ago, Outside magazine compiled a list of the 10 most deadly national parks, looking into where, how and why park visitors were dying. According to the magazine’s research, there were more than 1,000 deaths (excluding suicides) during the previous decade at the 10 most deadly parks.

Before you put off plans for a park visit you might be considering, just relax, and consider that there are more than 318 million visitors to the parks each year — so your chances of dying at a park are less than 1 in 2 million. That’s less than the odds of being struck down by lightning.

But still, such odds would not comfort the friends and family of 160 park visitors who, on average, perish at one of America’s parks each year.

Digging into the Outside report for more details, we learn that the No. 1 overall cause of death is drowning, followed by motor vehicle crashes and slips or falls.

So, it shouldn’t be surprising that Lake Mead National Recreation Area leads the pack as the nation’s most dangerous park with an average of 25 deaths per year. The most hazardous feature of the park, which sees 7.6 million visitors a year, is the lake, where the majority of 270 park deaths over the last 10 years have occurred. Mead also has recorded the most homicides of any national park — seven of them in the last decade.

Wildlife encounters — bear attacks in Yellowstone in particular — attract a lot of media coverage. But the fact is, bears and other large mammals aren’t that great a threat. Bears in Yellowstone killed only eight people during the decade covered in the Outside report, but during the same time frame, seven visitors were dispatched by falling trees, and 22 died in hot springs-related accidents.

The lesson here is that visiting national parks, many of which feature rugged, untamed wilderness, is not without risk. Staying safe is all about obeying simple park rules and traffic regulations and knowing your own experience level and skill set. And above all else — no ill-advised selfies!