Airports are using the COVID-19 lockdown to undertake essential works 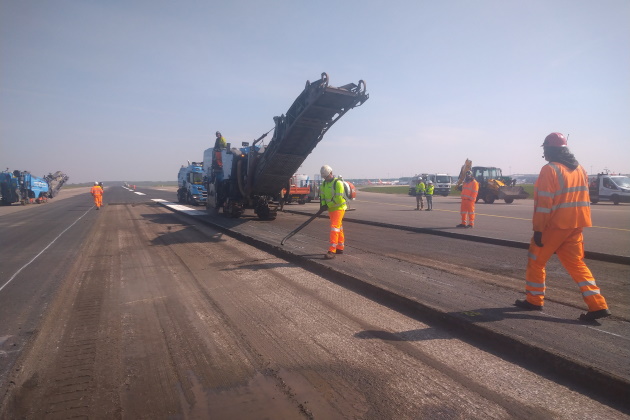 One of the most difficult projects for busy airports to manage is refurbishing or rehabilitating infrastructure such as a runway when it is still required for aircraft use. Yet, with the global lockdown, airports are finding an opportunity to undertake these works with little disruption to operations.

Press releases and local news reports from across the world tell of the work airports are undertaking to improve and repair runways and taxiways. In many cases, planned works have been brought forward to take advantage of the current situation and lack of traffic.

Auckland International in New Zealand is working on replacing the eastern runway touchdown area of its runway, advancing the process as COVID-19 curtails the number of flights using the airport.

Stuttgart Airport in Germany has been renewing part of its runway between April 6-22, with the airport closed to all traffic. It has now reopened to flights as the remaining construction work continues overnight until June 17.

Lima Jorge Chavez airport in Peru is set to continue runway maintenance from April 28, while works continue on building a second runway and new terminal for the airport.

London Stansted says that while the airport remains open for business with a limited number of commercial flights still operating, as well as a busy cargo operation that continues to bring vital supplies into the U.K., the current reduction in flights has enabled the engineering and airfield operational teams to close the runway during part of the day. The airport is using 200 contractors to perform resurfacing and heavy maintenance on its 3,048-foot strip. 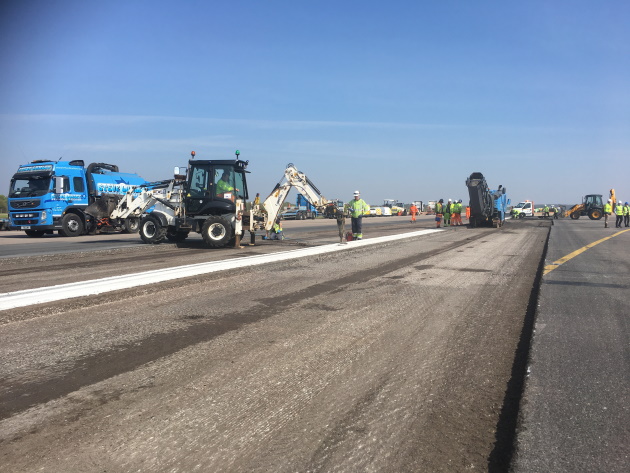 London Stansted’s asset maintenance services director, Kathy Morrisey, said: “The runway is obviously a key asset for the airport, and it’s critical it is maintained to the highest standard, so while we are in a situation none of us would wish to be in, we are using this as an opportunity to carry out essential work to ensure the airport is able to return to normal as quickly as possible once the current restrictions are lifted.”

Still planning for a return to growth, Istanbul’s new airport, which opened a little over a year ago, has also announced it is on track to open its third runway in June. It will become only the second airport in Europe (after Amsterdam Schiphol) capable of operating three parallel runways simultaneously.

Kadri Samsunlu, the airport’s CEO and general manager, commented: “We expect the stagnation we have been experiencing for the last couple of months to resolve very soon. Our new runway will be immensely helpful in that sense.”

It is not just large airports which are bringing works into action. Westchester County Airport, just north of New York City, is expediting plans to repave its main runway. It is able to use staff cross-trained in airport flow and maintenance to help supervise the project. Jorge Roberts, CEO of the airport’s operators said: “Given the reduced flight service to Westchester County Airport at this time, we were able to expedite this capital improvement while effectively utilizing our staff.”

While maintenance work is essential, many expansion projects may be put on hold for as the aviation industry recovers, with London Heathrow’s third runway likely to be one such example.

An anticipated reduction in demand for air travel alongside a difficult financial environment for airports and investors should see the kind of pressure to grow experienced in recent years no longer exists in the short term, and we are likely to see different airport operations strategies coming to light in the near future.