Advice to high school athletes from a former Texas Longhorn 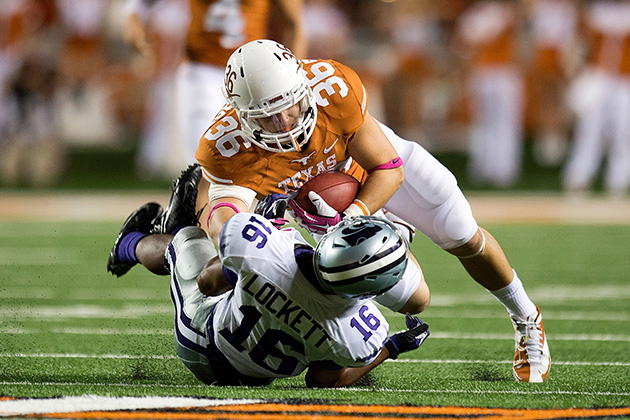 When Alex De La Torre signed to play football with the University of Texas in February 2012, he had all kinds of aspirations:

He didn't have the superstar career that only a handful of college athletes experience en route to an NFL career, but if there's one thing De La Torre can say, it's this: He made it farther than the majority of his peers did.

De La Torre played four years of college football. There are tens of thousands of athletes every year who can't say the same. Now, De La Torre works as a middle school coach in the Dallas area, pushing his advice to any athlete willing to listen.

De La Torre's message can be broken down into four categories — discipline, self-awareness, educational incentive and humility. These four categories may not get an athlete to the professional ranks, but they definitely will make him a better all-around individual.

"We all know it doesn't last forever," De La Torre said, "so having a plan once it ends is essential."

"The discipline to take care of your body is something college players absolutely have to do in order to make it to the league [NFL]," he said. "It's like an investment when you think about it."

De La Torre referred to seeing football athletes step their training up months before a pro day. In reality, training should be a high-priority ordeal the second you establish to yourself that you want to play a sport at a high level.

"Use those resources you have at your respective school," he said. "Take full advantage." 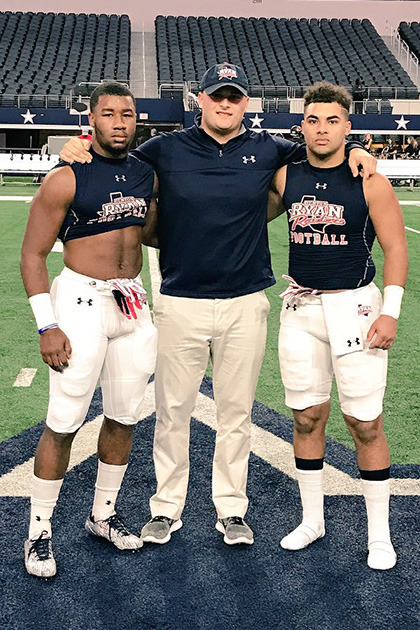 In short, De La Torre wants every potential athlete to recognize that everything can be judged against you, so be cautious with everything you do. This rule applies especially to the athlete who ultimately ends up good enough to potentially play a sport professionally.

"I would advise guys to be mindful of their actions, on the field and, most definitely, off the field," De La Torre said. "The analysis of the manner in which you talk to people will show even on your scouting report. They notice and see everything, so be mindful of who you are around, and keep that tunnel vision on that goal."

Let's not forget why an athlete goes to school. It's not to play professional sports. An athlete is at a university to get a good degree, hence the term "student-athlete."

"The most important thing to do is to make sure that you get your degree. I cannot stress that enough," said De La Torre, who earned his degree in kinesiology and health and also added a minor in business in 2015.

Too many athletes, De La Torre said, forget that the dream of earning a college diploma is more of a reality than the dream of playing professionally. Chasing the pro dream isn't the issue; failing to make the pro goals without a backup plan is where things tend to get rocky for athletes.

"I know how it feels whenever it ends," De La Torre said, "and honestly, I was a little down on myself when it happened. But luckily, I was blessed enough to get right into coaching and back around football again."

De La Torre calls humility "a trait of strength," as it can not only prepare you for potential failure but also keep you grounded in success. Having that balance as a person is healthy, he said.

"It's hard to be very, very good and to be humble about it," De La Torre said. "While social media doesn't help much with humility, entering your university with some humility will go a long way."

A humble athlete is one who will be able to understand deference. You don't want to be the know-it-all athlete who comes across as bratty and, perhaps worse, uncoachable. No matter how good you are, make sure to keep your ego in check.

A friendly reminder for the prospective college athlete: Everybody on your current team was a reliable go-to option on his high school team. Nearly everybody was all-district, all-region or all-state in his respective sport.

"Come in, work your butt off, and be mindful of the other guys, and the transition will be smooth," De La Torre said.

De La Torre will have the stories of playing in a Texas Longhorns uniform for years to come, and he'll be able to educate his young athletes on the ins and outs of being successful at the next level. And while he didn't make it to the professional ranks, he did make it — a life lesson he wants all of his students to comprehend. 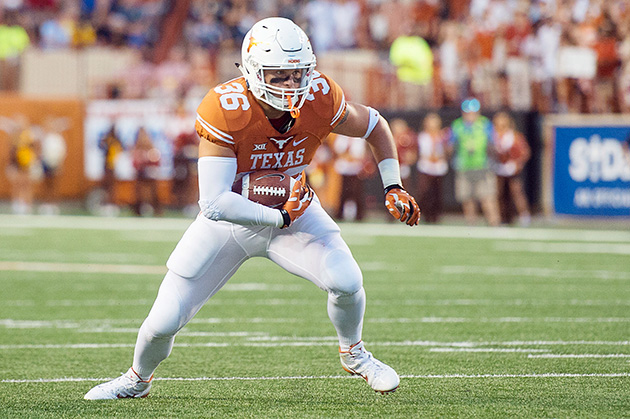