A new era for Berlin as Brandenburg Airport finally opens 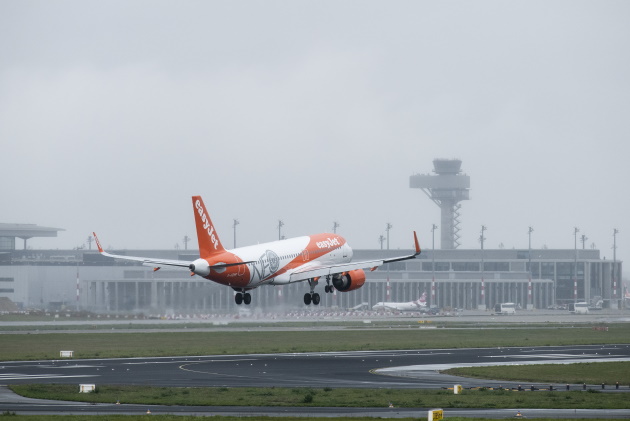 A muted ceremony, at what is arguably the worst time to open a new airport aimed at handling more flights and passengers than ever before, allowed Germany to at least save face and put the huge debacle of this construction project behind it.

Originally planned to open in 2011, the flagship airport project has been plagued by problematic safety measures, insufficient retail space, and fraud as many reasons for delay stacked up.

Yet with its grand spaces, modern facilities and room to expand, it offers everything a modern city like Berlin needs as a gateway.

When is a new airport not actually new?

Despite its €5.9 billion price tag, Berlin Brandenburg Willy Brandt (named after the former West German Chancellor) occupies the site of the existing Schönefeld Airport in the east of the city.

What was once a hub for East German travelers had become outdated and overcrowded, with the new Brandenburg site being constructed to the south of the existing terminal.

The original terminal, itself upgraded only a few years ago, has been retained and rebranded as Terminal 5. It will be used by low-cost and leisure carriers.

Schönefeld and its IATA designator of SXF officially ceased to exist on Oct. 25. Brandenburg, now operating as Berlin’s only commercial airport, has taken up the BER code.

The first day of operations was meant to see parallel landings of easyJet and Lufthansa Airbus A320neo aircraft timed specially for the occasion, but weather forced them to land one after the other, resorting to posed pictures on the taxiway to mark the historic moment.

The airport’s new, second runway did not go into operation until Nov. 4, with the arrival of a Qatar Airways aircraft from Doha.

CEO of Flughafen Berlin Brandenburg GmbH, Engelbert Lütke Daldrup, said: “With the southern runway, Berlin Brandenburg Airport Willy Brandt is now in full operation. The commissioning of the runway is especially significant, with a view to the expansion of the intercontinental network, because, in addition to a new terminal, we now also have the appropriate infrastructure to handle long-haul connections on a larger scale. At the same time, the opening of the southern runway is particularly relevant for the surrounding area: The night flying restrictions, which were adopted in 2011 and have now entered into force, provide for the appropriate, citizen-friendly compensation and regulation of the economically important flights during off-peak hours.”

The future of Berlin’s airports

Alongside Schönefeld’s closure, the city’s other commercial airport, Tegel, has also closed. Once the lifeline to the outside world for those living in West Berlin, the final flights at the airport operated on Nov. 8.

The whole structure sits on top of a brand-new train station that whisks passengers into Berlin in minutes and connects to the wider rail network.

Opening day saw 3,077 passengers handled in the new facility, which is designated Terminal 1, with no major problems or delays encountered.

Yet in these difficult times for the aviation industry, the new airport is hardly being stretched. It was built to easily handle the 34 million passengers that used Berlin’s two older airports last year, and already has plans to open the rest of the building as Terminal 2 next spring.

Terminals 3 and 4, both satellite buildings with more aircraft parking gates and capacity, are future projects with no firm opening dates yet.

With the opening of BER it seems the drama — something that Germans consider a national embarrassment — is over, and the city can look to the benefits it may bring in achieving what it was set out to do.

Most notably, the crowded and outdated airports at Schönefeld and Tegel, which served as reminders of a divided city, are now safely in the past. The new airport can begin to realise its potential, offering a modern, spacious travel experience for the city’s visitors and residents. However, much relies on the recovery of the aviation industry and appetite for air travel as the COVID-19 pandemic continues to unfold.