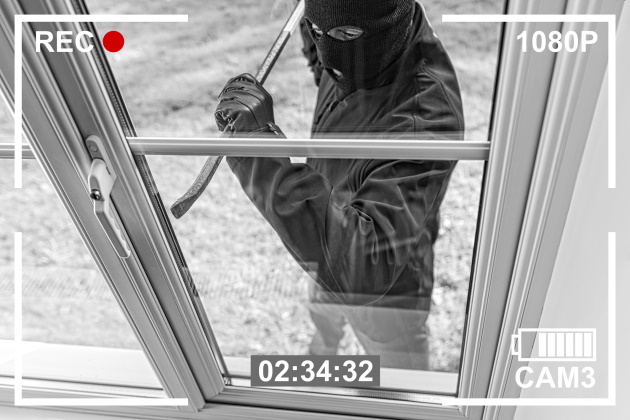 Whether you just bought a new house or are seeing some things in your neighborhood that make you uncomfortable, you are now shopping for a home security system. So, what kind should you get — company-monitored or self-monitored? And do they really help the police?

First, how much is it going to cost? About $400 for the equipment, and, if you choose professionally monitored, between $10 and $50 a month.

But that’s negligible compared to what you could lose. The FBI calculated that of the 1.5 million burglaries in 2015 the total loss was $3.6 billion, or about $2,316 on average. And 70% of burglaries are of residences, compared to 30% of commercial properties.

Even with those stats, only 30% of the U.S. homes have a home security system. Research has shown that just having a sign in your yard from a professional alarm company can deter a burglar. Professional burglars will avoid an entire neighborhood if they see a home security sign.

And having a home security system might even get you a discount on your home insurance.

So, should you get a pro-monitored system or self-monitored?

First, the similarities. With both systems, you can get motion-activated cameras, sensors on doors and windows, keypads, blaring alarms and alerts to your cellphone.

With self-monitored, the system will send a message to your cellphone to let you know there’s a problem and then you contact the police department.

The downside is that if you aren’t near your phone or don’t answer because you’re in a meeting, asleep or on vacation, nobody calls the police, your house gets robbed and the security system didn’t help at all.

With a professionally monitored system, if you don’t answer your phone, the security company calls the police. If the company calls and you do answer, you will likely have to supply a pre-approved password or they will still call the police, just in case it’s not you that answers the phone.

The downside is that sometimes the alarm goes off and it’s not a burglar — it’s the kids accidentally opening a door after the alarm was set or the grandma burning the cookies and setting off the smoke alarm. If you aren’t home to answer the call from the home security company, they’re calling the police or fire department. If the police and fire get enough false alarms, they are not going to be happy — and they may even start charging you.

So, do the home security companies help stop burglaries?

Very few burglaries are ever solved, with some surveys saying 10% or fewer. Some estimates show that half of burglaries go unreported, so that number is actually higher.

The best way to help police is to have a security camera that captures photos or video of the burglars. Your camera could even grab a photo of a crime at your neighbor’s or on your street that could help the police match a suspect to the crime. If a burglar continues to work a neighborhood and is captured by several cameras, police can get a really good idea of what he or she looks like.

Crooks are looking for a quick and easy way to get in and out of a house without attracting attention, so just having a security company sign in your yard, motion-activated lights and cameras can be enough to deter burglars from your house.

But if someone does break into your house, those cameras will probably be the only clue the police have about who did it.