A guide to the haunted South 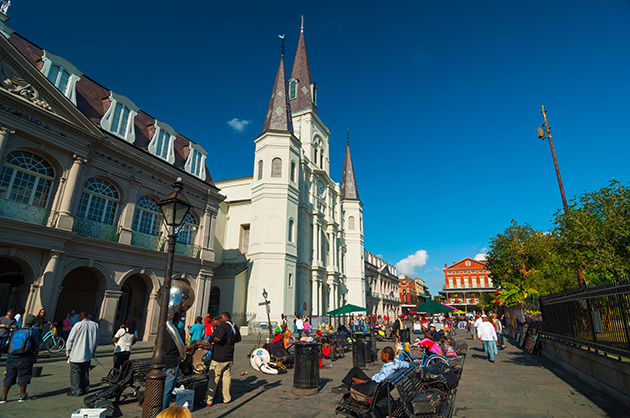 New Orleans is known as the most haunted city in the U.S.

The South is full of history, old towns, moody Spanish moss, fascinating cemeteries and a tradition of hauntings. It seems that every town has stories about hauntings, and many have a haunted tour.

If you feel like investigating the subject while staying warm, here are some Southern locations that also include history, interesting stories, great views, and the possibility of seeing ghosts! 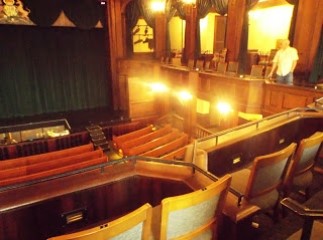 Charleston is an old city (founded in 1670) that is full of sightings. Old City Jail, built in 1802, is said to be haunted with spirits from the hundreds of inmates who died here but is only open to paid tours. Dock Street Theatre is frequently open to tour for free with reports of a ghost or two.

St. Philip’s Church and Cemetery is said to be haunted but is also where Vice President John C. Calhoun and Declaration of Independence signer Edward Rutledge are buried. Nearby is St. Michael’s Church and Cemetery with two more signers. Be sure to visit Fort Sumter for the Civil War history, though there are reports of a soldier’s ghost.

Savannah was established in 1733 and is full of stories. While Bonaventure Cemetery is said to be haunted with crying children and moving statues, I found it one of the most beautiful cemeteries I’ve visited.

The city is full of buildings, homes, and restaurants that have reported paranormal activity. I find it a bit amusing that a bar, restaurant, and brewery (Moon River Brewing Company) also hosts ghosts in the old building. While you are in town, be sure to just walk through the Historic District to see the architecture of the beautiful homes.

As the oldest city in the United States, you can expect lots of ghostly sightings over the years. Some of the hauntings include: Castillo de San Marcos (Spanish soldiers), Huguenot Cemetery (multiple figures), Potters Wax Museum (front section is an old pharmacy where people report feeling dizzy or fainting due to the spirits), City Gate (daughter of a Spanish guard) and many of the inns and restaurants. While you are in the town, enjoy the history, shopping, and food. 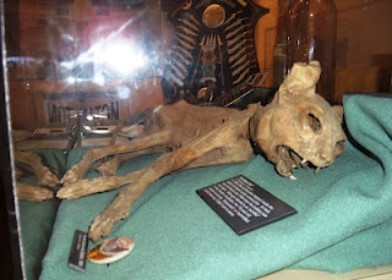 Petrified cat at the museum.

An early settlement dates from 1698 with earlier visits by Spanish explorers to the Native American inhabitants. Haunted locations abound.

The 1859 Pensacola Lighthouse is said to be haunted by a murderer, a light keeper, and a woman who died in childbirth. While Little Theatre was once a jail and a place where people were hung, the hauntings here are gentler with a little girl who has been seen in the halls and stage.

Lights and voices have been heard at night at St. Michael’s Cemetery and is a gorgeous cemetery during the day. Fort Pickens and Fort Barrancas are both said to be haunted, but you can also enjoy the history and views. As a matter of fact, we met a family who had a story about the girl’s ponytail floating in the air at Fort Barrancas.

A more unique spirit is at the T.T. Wentworth Jr. Florida State Museum. The ghost of a cat mummified by time in the wall of a local home is said to brush past visitors.

The town founded in 1718 is famous for music, voodoo, and partying. The list of reported haunted spots is long. The pirate Jean Lafitte is thought to frequent Lafitte’s Blacksmith Shop. Strange things show up in pictures at the fascinating New Orleans Pharmacy Museum.

Every cemetery seems to have a story associated with it, but my favorite is the St. Roch Cemetery with a story of large black dog ghost. Ghosts from the dead of Katrina in 2005 have been reported in various spots. Spirits have been seen at night at Chalmette Battlefield and National Cemetery. Plus, the history of the battle after the War of 1812 officially ended is thought-provoking.

Whether you believe in ghosts or not, these Southern towns are well worth a visit!