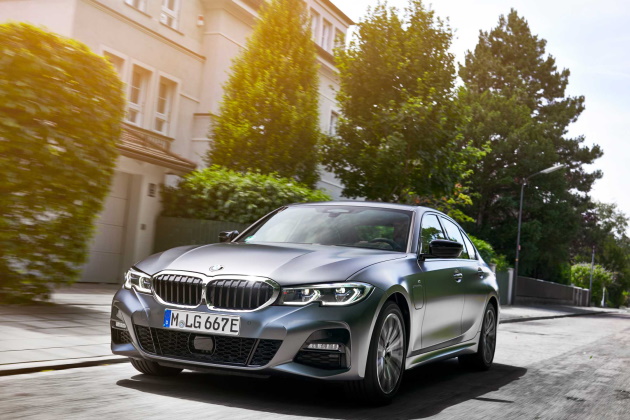 If you traced the family tree on my mother’s side, you would find only Irish decedents. There are virtually no citizens from other countries (that any of her family will admit to). On my father’s side there’s far more diversity — though that may just prove that I’m a mutt. On this list are random nationalities such as Swedish and French-Canadian, but most definitely German.

Although by definition I am only fractionally so, I believe that I can claim in a court of law that I am German by birthright. Because like DNA, a smidgen of ancestral evidence is all I need to prove my case. And if percentage of vehicle ownership means anything to anyone, I am fully one-third German. For some pedigrees, that fact alone makes me a thoroughbred.

Ten of my 31 total vehicle purchases are from Germany. Fourteen came from Japan or Korea, and seven were built right here in the USA. And I won’t apologize for my deficiency in American vehicle ownership — my acquisition history began in 1974 and progressed through the ‘80s — not the most impressive period for domestic automobiles.

Interestingly, and for reasons that are too complicated to justify, I have in the last six months acquired and sold more cars than in the previous 10 years. The most recent transaction happened last December, sending my 2017 718 Porsche Cayman and our 2016 Honda HRV into dealer inventory for a new 2021 BMW M440i and a player to be named later.

This left us with the M440i and my wife’s Audi Q3 — a very respectable (also German), but rather utilitarian SUV. That’s really the only variety of car she’s been driving since the late ‘90s. But when the weather finally turned and she got behind the wheel of my BMW, I saw her face light up with the same radiance as her first drive in our 2003 BMW 325xi.

It therefore shouldn’t have surprised me when she recently announced that she’d rather have a sportier sedan. After all, I’ve foolishly assumed that because her daily vehicle was also the weekend warrior, that’s what she liked driving. But after 20-some years of SUVs and one minivan, it was time for her to change things up.

Ecology has also been on her mind of late, so a hybrid or full electric would be an appropriate option. BMW (it turns out) makes a 3-series model, the 330e. It is a plug-in hybrid — one of only a handful in this class. A very intriguing possibility as it easily charges from a 110-outlet in a few hours. Just perfect for her daily commute to work.

And it looks every bit like the base 330i sedan — very little would reveal the fusion of the two propulsion sources if you didn’t actually know the honest truth. The all-wheel drive variant (BMW’s xDrive) is the one that interests us both and is rated at 67 MPGe (miles per gallon with electric) — astounding for a sporty sedan with surprising power.

The 181-hp turbocharged motor is paired with an electric plant, which together produce 288 horsepower. How much gas is actually used versus battery consumption is completely dependent on driving approach. But what is most remarkable is the fact that after a full overnight charge, it can take her to the office and back on electric alone if she behaves sensibly.

There are lots of other technical goodies that come standard. Like BMW XtraBoost — a feature available in Sport Mode that provides a 40-horsepower boost when the pedal is fully mashed. Also, you can travel at interstate speeds without the gas motor kicking in at all in that electric mode. These factors make the BMW 330e a very fun, yet sensible sedan.

But how satisfying is this to the person who will be behind the wheel every day? Remember when I told you about my wife’s reaction to driving my M440i? Her response was comparable (with a significant dose of perplexity). I’m not saying the 330e performs in the same stratosphere. But this is a very nice car that is a sporty, economical and environmentally friendly option.

Our friends at BMW of Devon sold me the M440i just a few months ago (see my previous article), and naturally we turned to them for a test drive of both the petrol and hybrid variations. They weren’t able to locate the exact mixture of options — and frankly, we weren’t prepared to compromise. So, we immediately ordered it and left them with the Audi Q3.

The M-Sport package is a must-have and is also remarkably rare on their plug-in hybrid. But the aerodynamic package makes the car look mean, and the steering wheel is worth the price of admission alone. She selected Mineral Grey with a Mocha interior — nearly identical to my M440i. A few other goodies were added to round out the deal.

And now the anticipation for the arrival of a new addition to our German family begins – soon to be a BMW only household. My M440i now looks rather abandoned in an otherwise empty garage. Ordering versus a purchase from inventory is a double-edged sword. You get what you want, but you also have to wait for it. And the delay is interminable.

BMW provides a convenient way to track the building process online if you set up an account, and why wouldn’t you? As of this writing, the build has been completed and is waiting for carrier assignment. But this feature is also torturous. As you can imagine, we check it daily — OK, sometimes hourly.

I’ll provide a more comprehensive review when it arrives in early summer (assuming I get a chance to drive it). By then I’ll be able to report on important things like performance, comfort and real-world mileage. It will certainly be a welcome addition to our family as well as our German heritage. But for now you will have to wait — just as we are.