918 Spyder: The future of Porsche 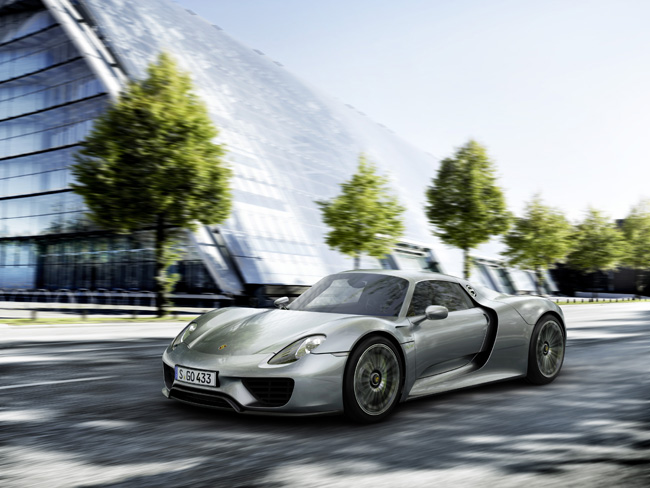 At the 2013 Frankfurt International Motor Show (IAA), the Porsche 918 Spyder stole the show. You may be thinking, didn’t that car debut three years ago? Yes, it did, but this year’s show unveiled the final production version to the public.

Coming into the IAA show, Porsche had some exciting news about the plugin hybrid supercar. The 918 Spyder had managed the fastest lap of any street-legal production car at the Nurburgring. The car was an amazing 14 seconds faster than the previous fastest street-legal car. It managed the time of just 6 minutes and 57 seconds. Previously, a preproduction version of the 918 Spyder had a good lap time of 7 minutes and 14 seconds, so the final production version is quite a bit faster.

The 918 Spyder is an important car for the future of Porsche. The supercar is able to put out up to 887 horsepower, and yet it is being reported that it will get between 84 and 95 mpg. All of this is thanks to the mating of a powerful V8 engine along with electric motors that can give a performance boost or be used to save gasoline, depending on the driving mode.

The importance of the technology in the mid-engine supercar can’t be overstated. Many governments are putting strict gas mileage and emissions standards (at least at the tailpipe) on cars. Such restrictions put the traditional sports car at risk. Although Porsches are usually more efficient than other sports cars, they still are a long way off of meeting some high standards. 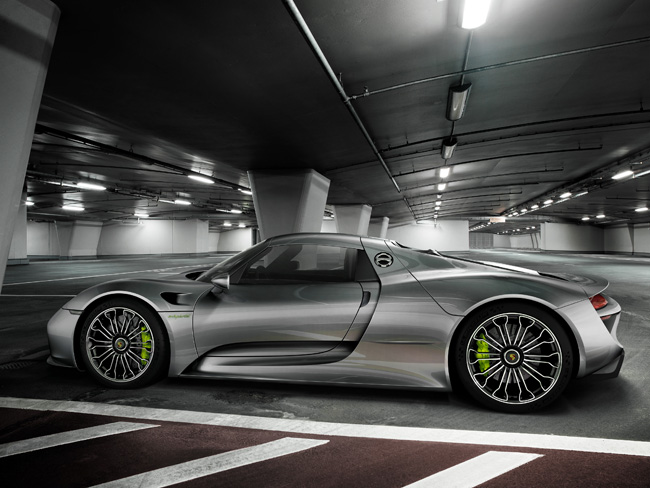 This is largely why the German performance car maker is working on plug-in hybrids. They are a better fit for sports cars than full electric power as they still give the option for the engine and exhaust sound that connects you emotionally with the driving experience. This connection and emotion is part of what makes driving a sports car fun, and losing the engine sound would take away much of the driving connection. Let’s face it, we have already lost the traditional manual transmission and much of steering feel in modern sports cars, so to lose the sound would make the experience quite a bit different than what we long for in a traditional performance vehicle.

The Porsche 918 Spyder was the first plugin hybrid supercar concept to be shown to the public. As with any good idea, others decide to copy it. Because of this Ferrari and McLaren are also working on plugin hybrid supercars. This seems to signal that this type of supercar is going to be the future direction of this part of the industry.

For Porsche, we will likely see much of the technology in the 918 Spyder trickle down to other models. They already have the Panamera S E-Hybrid that uses similar concepts available for purchase, but we will surely see more performance advances from the 918 come to future versions of the E-Hybrid, once the cost of the technology comes down in price. Over the next few years there is a good possibility that there will be a plugin hybrid version of the Cayenne, Cayman, Boxster and 911.

With the way automotive technology advances, it is only a matter of time until there is a 911 variant that can put up a Nurburgring lap time of less than 7 minutes and get 80-plus mpg. As long as you can still get the feel and sound of that flat-six (at least at the flick of a switch), the future looks bright for Porsche enthusiasts.