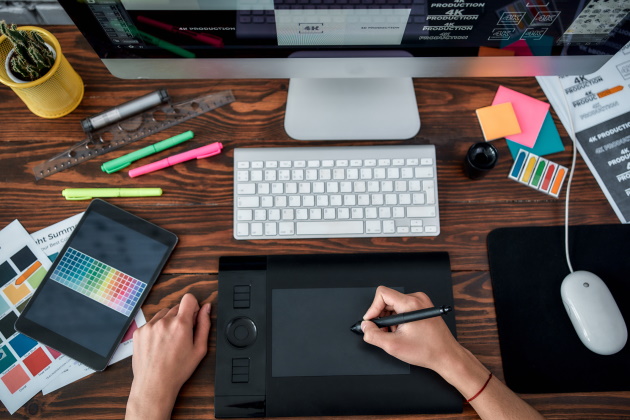 Typography transforms words from mere text to artful communication. So much can be said by the font and type design — from prominent, bold sans-serif fonts to delicate serifs; from traditional, timeless variations to totally new techniques.

Typography’s prominence in modern culture and business was influenced by the Bauhaus art movement. Herbert Bayer was a student of Bauhaus and left a prominent mark on typography by adopting the principles of reductive minimalism.

Another artist, Jan Tschichold wrote “Die Neue Typographie” — The New Typography. The book was published in 1928, and called “a masterpiece of the modern typography and graphic design.” This book helped standardize and modernize communication styles that affected many designers and advertisers.

While the strong roots were laid early in the 20th century, the explosion of digital graphics mediums and designers themselves has allowed for a wide array of amazing ideas and evolution. Some ideas are simply fads, while others are trends that are here to stay. We’ve highlighted what we see as the top typography trends for 2021.

The Word Counter was founded by marketing expert Kevin Miller who has a wealth of online marketing and advertising experience and understands the value of perfectly crafted texts.