7 of the best national parks for a spring visit 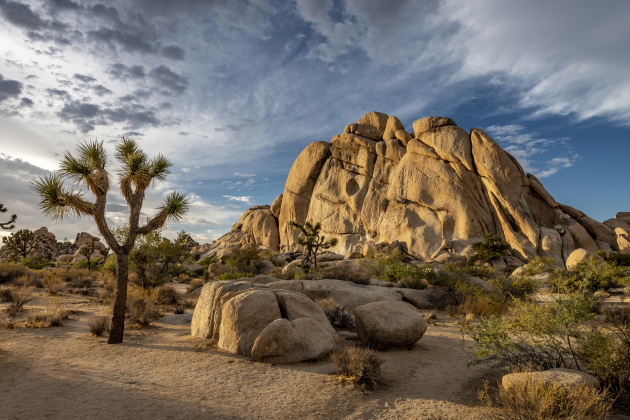 It is always a good time to visit a national park — but certain parks are at their very best in the spring. Nature is springing (pun intended) to life, while mosquitoes, extreme heat and big crowds are mostly at a minimum.

So, here’s our choice of parks that reach their peak from March to May.

This meeting of the deserts brings together a fascinating variety of plants and animals — along with a host of scenic and sometimes highly surreal geologic features. Beginning in late February, the park’s namesake Joshua trees begin to bloom, displaying their large, creamy flowers, and the rest of the park soon follows with annual flowers and cacti bursting into bloom. Spring also is the best season for birdwatching, as the warm temperatures (usually ranging from 75-85 degrees) attract many migratory species.

Home to the world’s tallest tree — a 380-footer named Hyperion after a titan of Greek mythology — Redwood National Park may not be as well-known as its sister parks in Northern California, Sequoia and Yosemite, but it is a magnificent mix of old-growth forest and nearly 40 miles of scenic coastline.

The opportunity for a stress-relieving drive (or hike) among the nation’s tallest trees is enhanced come springtime when crowds are light and the forest floor and coastal bluffs are carpeted with violets, trilliums, poppies, rhododendrons and other wildflowers. Stepping out of the forest, visitors can watch for grey whales making their annual spring migration, often quite close to the shore. 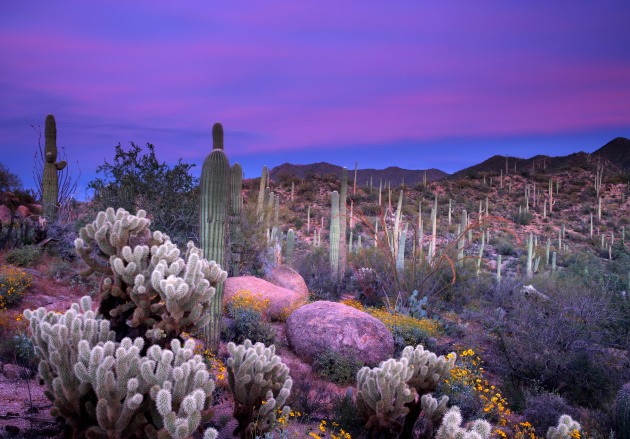 The massive cactus that gives Saguaro National Park its name has long been viewed as the universal symbol of the American Southwest. In fact, the plant, which can reach a height of 50 feet, is rarely seen growing beyond a slender strip of desert in southern Arizona.

The park is configured in two sections of rugged desert and mountain landscape on either side (east-west) of Tucson. The park is busy during the winter, but lesser so in springtime when temperatures begin to rise — and when the botanical action begins — with the annual blooming of the iconic Saguaro. Springtime also brings with it a host of additional wildflowers such as the golden Mexican poppy, red penstemons and multi-colored desert marigolds.

The park offers hundreds of miles of hiking and biking trails, ranging from short and easy to long and wild — some reaching elevations as high as 8,666 feet. Cactus Forest Loop, in the park’s East District, is a popular road bike route, while mountain biking is at its best on Hope Camp Trail. In the west, Signal Hill Trail leads to petroglyphs from the ancient Hohokam people. 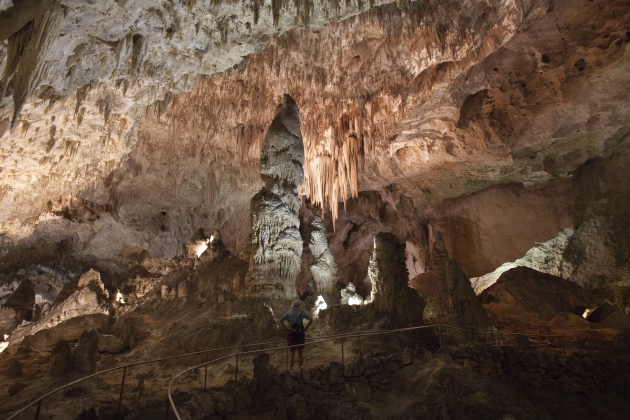 For more than 90 years, Carlsbad Caverns has reigned as New Mexico’s most popular natural attraction and its only national park — that is, until just last year, when White Sands was bumped up from a national monument to a full-fledged park. Its natural history goes back much further — to the Permian period — about 250 million years ago.

The park occupies a rugged patch of desert on the eastern shoulder of the Guadalupe Mountains in southeastern New Mexico, about 18 miles southeast of the town of Carlsbad. It allows visitors to explore a fascinating world more than 700 feet below the earth’s surface. As one of the world’s most extensive cave systems, Carlsbad is a labyrinth of 119 known caves, but for visitors it is essentially one massive cavern known as the Big Room, measuring 14 acres and crowned by a 200-foot-high ceiling.

Big Room brims with bizarre formations of calcite — stalactites, stalagmites, soda straws, popcorn, curtains, columns, flowstone and other features that attract nearly a half-million visitors annually. Visitors can hike in on their own via the Natural Entrance by following a steep, winding 1.2-mile trail, although most choose to access the Big Room by taking the elevator down from the visitor center.

The caverns are less crowded during the spring months when visitors are further rewarded with bat flights. More than a half-million Mexican free-tail bats residing in the caverns fly out each evening at dusk to feed on insects. The epic flights usually begin in April and can be observed from an outdoor amphitheater adjacent the visitor center.

This sprawling 200,000-acre park embraces Virginia’s scenic Blue Ridge Mountains. The popular Skyline Drive runs through the heart of the park, offering visitors an opportunity to admire its famed spring bloom from the comfort of their cars or RVs. More active vacationers will find a vast network of hiking trails — including a section of the long-distance Appalachian Trail.

April and May are peak time for leaf-peepers as red maples leaf out and forest floors are covered in trilliums. Colorful azaleas bloom in May and the mountain laurel isn’t far behind. Although mostly forested, the park also features wetlands, streams and lakes, waterfalls and rocky peaks such as Hawksbill and Old Rag mountains. Shenandoah is home to plenty of wildlife as well, including a wide variety of birds and an abundance of deer. The elusive black bear is the park’s largest mammal species.

The park features five developed campgrounds (three that can accommodate RVs) that begin opening in March and April. and there are endless possibilities for back country camping. 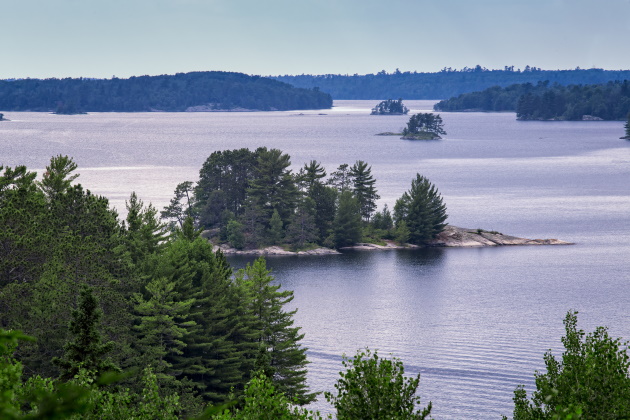 For readers in the warmer reaches of the country, it might seem quite a leap to consider a spring getaway to northern Minnesota. Yes, there could still be snow and ice piled up everywhere, but those in the know have figured out how to make this vast, watery park their own, well before the onset of summer crowds.

Four lakes, all connected by narrow waterways, make up more than a third of Voyageurs National Park and most of the park’s features and activities are accessible only by water. When those waterways thaw, usually by mid-April, they open access to the lakes — Rainy, Kabetogama, Namakan and Sand Point — to boaters, who can bring their own, rent one locally or hop into one captained by an experienced guide. There’s another option: rent a fully outfitted houseboat to explore these remote lakes in the comfort of home.

Everglades National Park protects the last and largest subtropical wilderness in the United States — an aqueous 1.5-million-acre landscape so uniquely unparalleled that it has been designated both a UNESCO World Heritage Site and an International Biosphere Reserve.

Spring conveniently coincides with the tail end of the park’s dry season. This is the very best time to visit the ‘Glades. Otherwise, wet season rains, heat, overpowering humidity and swarms of pesky mosquitoes can make for an uncomfortable stay in the park. Dry season is best for birding, too, with conditions attracting large numbers of wading birds. The influx of birds, including anhingas, egrets, ibis and a variety of herons, brings out predators — alligators in particular.

Most visitors hope to see the fearsome ‘gators, and they’re not hard to spot lounging along sloughs bordering Anhinga and Gumbo Limbo Trails, just steps from the Royal Palms visitor/activity center. There’s plenty more to see and do along the main road through the park and there are boat and tram tours, kayak and canoe rentals and a busy schedule of ranger-led activities to further enhance the Everglades experience.