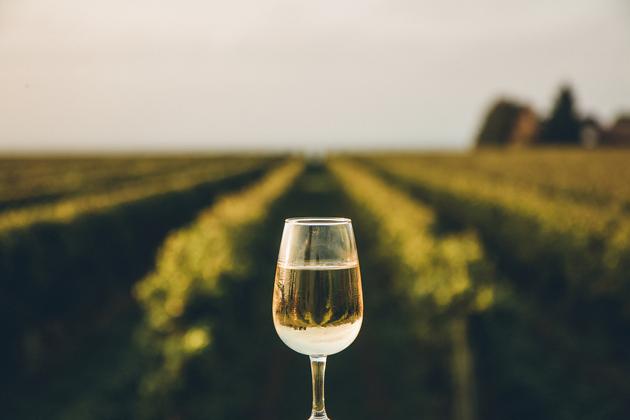 Blessed with a climate ideal for viticulture and a long legacy of winemaking, California leads all other states with nearly 3,500 wineries. Spanish missionaries brought along vines as well as Bibles when they established a chain of 21 missions from San Diego to San Francisco in the late 1700s.

The rest is history. Golden State wineries currently bottle almost 85% of the roughly 900 million gallons of wine currently produced in the U.S. each year.

The entire world knows about the Napa and Sonoma Valleys — the nation's premier wine growing regions — swarmed by millions of oenophiles annually. That's why we are not taking you there in this report, suggesting instead some lesser-known wine regions in places you might not expect to find them. Here are six examples.

Picturing a typical Arizona landscape, you might envision a desert scene scattered with saguaro and saltbush — not Sauvignon and Syrah, right?

The valley's bountiful sunshine and dramatic evening cool-downs match with a rich volcanic soil to create an ideal environment for varietals such as Syrah, Petite Syrah, Viognier, Zinfandel and Cabernet Sauvignon. Four producing wineries — Alcantara Vineyards, Page Springs Cellars, Oak Creek Vineyards and Javelina Leap Vineyards — welcome guests to tasting rooms and in some cases tours. Plus, there are several tasting rooms in the towns of Jerome and Cottonwood.

This sunny Southern California city probably isn't on the radars of most wine-seekers. But venture inland about an hour to the mountain town of Julian and you'll find more than a half-dozen boutique wineries, some with tasting rooms.

A pair of vintners — Volcan Mountain Vineyards and Menghini Winery — have charming tasting rooms to sample Viognier, Sangiovese, Zinfandel and more. Orfila Vineyards & Winery is known for its French and Italian varietals, set amid vine-covered hillsides in nearby Escondido.

Julian also is home to a number of apple orchards, much of the fruit from which ends up as scrumptious apple pies, served daily at the Julian Pie Company and Mom's Pie House.

Texas' scenic Hill Country — just north of San Antonio and west of Austin — is the surprising home of more than 50 vineyards conveniently organized along the Texas Hill Country Wine Trail. The epicenter of it all is Fredericksburg, a town settled by German immigrants in 1846 and traditionally more popular for its Bavarian cuisine than its wine. Visitors can enjoy the best of both worlds with visits to some of Fredericksburg's two dozen tasting rooms, topped off with a platter of wienerschnitzel at The Ausländer German restaurant.

Some of the finest wineries along New England's emerging Coastal Wine Trail can be found nestled along the shore in Newport and Bristol Counties. Three in particular — Newport Vineyards, Greenvale Vineyards and Carolyn's Sakonnet Vineyard — consistently produce award-winning wines.

Founded in 1977, Newport Vineyards is the largest grower of grapes in New England, producing more than 30,000 cases of estate-grown wine each year. Situated just minutes from Newport's famous mansion row, this winery is a popular beverage and culinary destination that blends fine wine and farm to table dining experiences.

Greenvale Vineyards in nearby Portsmouth is noted for its estate-grown Chardonnays and classic Cabernet Franc, brilliantly blended with Merlot and Malbec. Visitors are treated to a garden-like waterfront tasting/picnic area.

Carolyn's Sakonnet Vineyard may be the classiest of the Newport area wineries. It was founded in 1975 and claims to be New England's oldest winery. Covering 150 acres along the Sakonnet River and with 30+ acres currently under cultivation, Carolyn’s produces 19 different wines including prize winning Chardonnays and bold red blends utilizing Cabernet Franc, Lemberger and Merlot grapes.

The Hamptons, on the South Fork of eastern Long Island, may get all the hype — but for wine lovers, the North Fork is the place to be. Situated just a couple of hours from the Big Apple, the region boasts so many wineries (35) that they've established the North Fork Wine Trail to help guide visitors.

The trail meanders from Jamesport through Mattituck and Cutchogue to Greenport. Merlot is king here, but other leading varietals are Pinot Noir, Cabernet Sauvignon, Cabernet Franc and Sauvignon Blanc. Vineyards not to be missed include Lenz Winery, Bedell Cellars and Lieb Cellars. Best to visit midweek from April-November to avoid traffic.

The bucolic countryside of Loudon County, where horse farms share space with some 40 wineries, makes an ideal base for wine-tasting day trips in the shadow of the nation's capital. Enjoy a tasting session at environmentally focused Sunset Hills Vineyard, where solar panels power an 1870 barn converted to a tasting room serving a mix of Rosé, Cabernet Franc and several red blends.