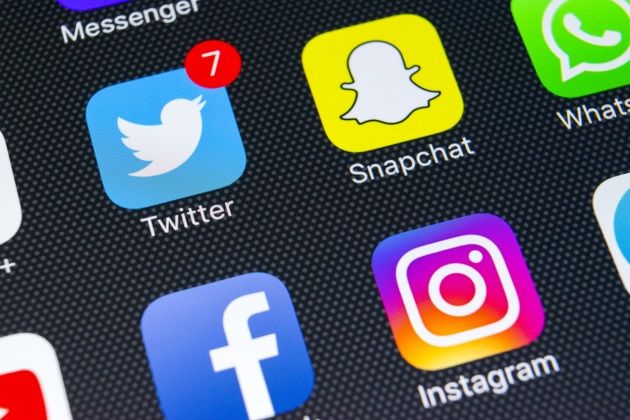 In this article, we’ll look at five main problems that are causing people to "break up with their phones" or quit social media altogether. These are the toxic parts of the new online world.

As businesses, we need social media to be relevant and stay in the eyes of the consumer, too. However, there are lines that could be crossed if you aren’t careful. Here are just a few issues that are erupting every day on the internet:

The brain can go through serious fatigue even without the added visual stimulation of the real world. Many young people are being diagnosed with ADHD and similar behavioral issues because of this kind of content overload.

With photoshopped images and filters everywhere, it’s no wonder that the statistics for depression, loneliness, self-esteem issues and suicides are on the rise. Sadly, plenty of companies are taking advantage of this and posting envy-worthy bodies and lifestyles to make a quick buck from those with low self-esteem.

This is a more recent phenomenon for social media, where many are being "called out" for their past transgressions. In some ways, it’s great — the #MeToo movement and other similar movements are weeding out awful people that have held power for far too long.

However, this trend is also affecting people in a bad way as well. Many "cancellations" were incorrect but already forever ruined someone’s reputation.

Does cancel culture mean you can’t make mistakes? We’re human, and mistakes are bound to happen, no matter how careful you are as an individual or company.

"Fake news" is everywhere and sometimes people can’t tell the difference. Of course, Facebook and other companies are attempting to mitigate the problem, trying to stop conspiracy theories or forcing articles to go through fact-checks. However, it’s still a very real problem that, in some cases, can cause huge political upheavals and deadly consequences.

This isn’t just medical. It also calls upon other service industries as well.

Suddenly everyone’s a doctor, plumber or dietitian from watching a YouTube video when, in reality, we know that most of the expert work comes from years of hands-on experience and education.

This causes a lot of issues and has a real-world impact. Sure, you can pick up some handy tips from the internet, but you can’t diagnose yourself with a deadly disease just because a website said you had a few symptoms.

These problems aren’t going anywhere for a while unless the social media companies, governments, and other technologies can start combating them correctly. Social is now too integral to business success to stop using, but these are just a few things to keep in mind next time you’re hitting “post” online.

Mashaal Ryan is a content editor at MultiView. She is based in Dallas, Texas, and graduated from Baylor University with an English degree in 2014. She blogs somewhat regularly and enjoys writing lifestyle pieces. In the past, she has worked in marketing as well as journalism.