5 fundamentals for a balanced partnership with your chief elected officer 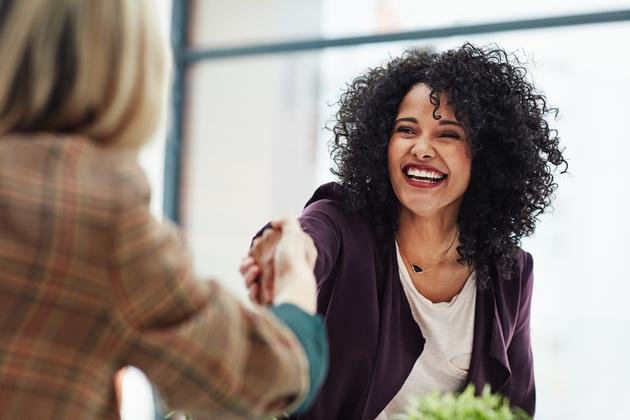 Most associations experience a yearly officer transition. A president-elect or vice president moves to the position of chief elected officer.

The incoming officer may have trepidations, concerns, questions and certainly goals to be vetted. There is a period before being installed that the executive director can use to build a working relationship.

Ryan T. McLaughlin, CAE, RCE, CIPS, and CEO at the Northern Virginia Association of REALTORS® offered a national class on building the relationship between the president-elect (PE) and an executive director (ED). He shares his notes:

A successful relationship between the executive director and the incoming board chair or president-elect should not be like a tightrope where one misstep can be a fatal fall. Rather it should be like a balancing scale where both sides work together to maintain a working relationship.

To achieve the important balance between two partners, address these five fundamentals.

Establishing trust between the ED and PE is essential to maintaining a positive and productive working relationship. To reach the point of trust, both parties should get to know each other and set expectations about how they will lead together. Additionally, being able to rely on each other and openly collaborate builds and maintains trust.

Accepting and recognizing each other's good intentions despite potential disagreements is important a professional working relationship. Seeing each other as colleagues and knowing that both parties ultimately want the best for the association helps develop mutual respect.

It is okay to disagree, but avoid being disagreeable. When tension arises, it is crucial to ask questions and seek to understand rather than interrogate. Frequently ask each other, "What can I do to help you be more successful?"

Consistent, honest, and transparent communication is vital to ensure there are no surprises. By doing so, the ED and PE increase the trust and mutual respect in the relationship. Open communication also means including each other in decisions.

"Board governs, staff manages" is an important maxim to live by as it relates to understanding each other's roles. Remember, the board has only one employee — the executive director. The ED works for the board, and the staff work for the ED. The relationship between staff and leadership should be professional and collegial.

Working together toward an agreed upon vision of success allows the ED and PE to cooperatively lead. Both are in a partnership. Think "we" instead of "me." When determining what success looks like, remember that success isn'’t staff-driven or member-driven; it is strategic driven by the team.

Through trust, mutual respect, open communication, role clarity, and a team approach, the ED and PE can have a successful relationship to lead the organization in the right direction.

Start cultivating this approach early. Usually, the person to ascend to the chief elected officer is identified a year ahead; make good use of the time. It is never too early to form a positive working relationship.

As Ronald Reagan said, "There is no limit to the amount of good you can do if you don't care who gets the credit."

Bob Harris, CAE, provides free governance tools and templates at The NonProfit Center. He is on the faculty for the U.S. Chamber of Commerce and has worked with chambers and associations around the globe. He believes nonprofit organizations should be as effective and efficient as any commercial business.