4 of the top emerging technologies to watch in 2021 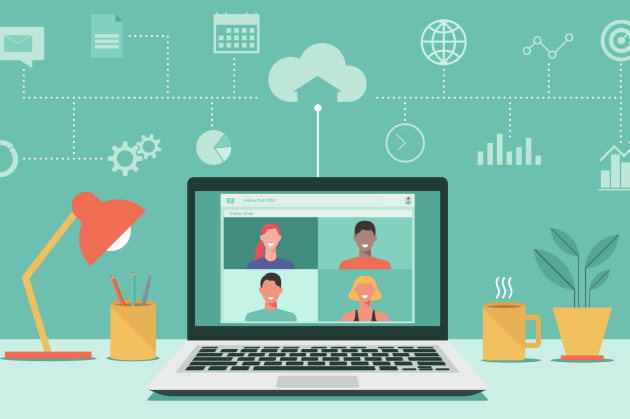 The innovation landscape changes rapidly, and each year, there are certain emerging tech innovations that will play a critical role in shaping the future. Digital transformation — using digital technology to transform business processes and create better consumer experiences — continues to be a megatrend.

“The COVID-19 pandemic showed enterprises that embraced digital transformation were able to quickly adapt to the changing landscape,” says Manjeet Rege, director of the Center for Applied Artificial Intelligence at the University of St. Thomas in St. Paul, Minnesota. “Most others were caught off guard and were unable to pivot their business models.”

The pandemic will continue to play an oversized role in accelerating trends and adoption rates. These are some of the top emerging technologies to watch in 2021.

Before the pandemic, Rege says most top-level executives didn’t really appreciate the potential of artificial intelligence (AI). He points to a 2019 study by McKinsey, which reveals only 58% of companies had incorporated AI into their offerings. “However, things have quickly changed since the pandemic, with a number of companies now embracing AI as a technology that cannot only transform their services but also help develop new business models,” he says.

As more companies adopt a digital-first strategy, he says that AI integration is a key component.

“The pandemic has shown us the hard way that artificial intelligence (AI) is no longer just an industry buzzword, but a technology that can help automate business models at scale.” For example, during the pandemic’s peak, Rege notes that many companies experienced a surge in demand. “Customer service agents were receiving record volumes of requests, and other institutions like banks and mortgage lenders had a backlog, too.” However, Rege says that the companies that embraced AI earlier on were able to meet this spike in demand and also translate it into business opportunities.

“With advancements in Natural Language Processing, chatbots (virtual agents) are able to do a lot of the initial filtering of customer questions,” Rege says. And often, there’s no need for a customer service rep to respond at all. Not only does this reduce bottlenecks, but he notes that since chatbots are AI-enabled software, it’s easy to scale up instantly.

Andrea Cadeddu, software architect at ServerCentral Turing Group, a global cloud consultancy, believes that the public cloud will emerge as the ideal infrastructure for many businesses. “Public cloud providers, like Amazon Web Services and Microsoft Azure, offer instant scalability to help companies grow and innovate faster,” he says. “That, combined with the fact that these public cloud providers give you so many tools and Legos to play with, will be a primary driver for adoption as companies embark on and continue their digital transformation efforts.”

AWS Lambda is emerging as one of the most popular and fastest-growing Amazon Web Services tools. “It’s basically a pay-as-you-go serverless computing service: you don’t have to manage servers, nor do you have to pay for them,” Cadeddu explains. Instead, he says you pay for what you use in millisecond increments.

“In the real world, when someone visits your website to buy your product, a server is running code to facilitate that interaction.” But what happens if you experience a huge surge in traffic all at once? “Usually, a website would be unable to handle that much spontaneous traffic without some pre-designed and solid autoscaling architecture — and even that would usually take time.” And Cadeddu adds that it would be a far worse scenario for companies still physical manning servers in a data center.

However, since AWS Lambda lets you instantly scale your website’s ability to handle large amounts of traffic in a matter of seconds — and it goes down to zero when there's no usage, Cadeddu predicts this kind of instant scalability could mean the difference in millions of dollars in revenue. “Also, imagine using Lambda to replace workloads that need costly servers for generating periodic reports, where the work amounts to one day per month, or a minute run per day.”

ARM processor architecture is used in mobile phones and small battery-operated devices. And now, Cadeddu says that ARM processors are effective enough to be on par with traditional processors, but with minimal power consumption. “For companies and cloud-providers, ARM-equipped devices grant big savings, since charges and costs are proportional to power consumption.”

In companies with thousands of employees, Cadeddu says the ability to maintain the same level of performance at a third of the cost could save thousands, and maybe millions of dollars over time. “And that's not even considering the greener and positive environmental impact,” he says. “We recently saw Amazon introduce Graviton instances, and Apple introduced its first-ever series of ARM-equipped Mac computers (M1).” As companies evaluate the ROI for their tech investments, he expects greater demand for ARM-equipped devices.