17 of the most specific, bizarre ICD-10 codes 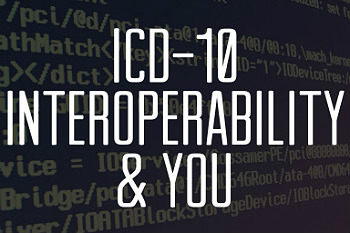 As The New York Times explains, the new code set "allows for much greater detail than the existing code [set], ICD-9, in describing illnesses, injuries and treatment procedures. That could allow for improved tracking of public health threats and trends, and better analysis of the effectiveness of various treatments."

With 55,000 new codes, ICD-10 is much more specific than its predecessor. In fact, The Wall Street Journal reports, "Much of the new system is based on a World Health Organization code set in use in many countries for more than a decade. Still, the American version, developed by the Centers for Disease Control and Prevention and the Centers for Medicare and Medicaid Services, is considerably more fine-grained."

How fine-grained? Well, one code for suturing an artery will become 195 codes, and there are 312 animal codes alltogether. Beyond that, some codes, most of which specify cause or location, seem downright nutty — borderline unbelievable even. Here are some of the most bizarre:

1. Z63.1 Problems with the in-laws
Put the whole family in one room during the holiday season and things can get ugly.

2. T71.231D Asphyxiation due to being trapped in a discarded refrigerator, accidental
I don’t care how much you love your Kenmore Elite; when it’s time to discard it, let it go.

3. V97.33XD Sucked into jet engine, subsequent encounter
You got sucked into a jet engine and lived, only to get sucked back in. That’s rough.

4. W55.29XA: Other contact with cow, subsequent encounter
Apparently, there's a lot that can go wrong during interactions with cows — so much so that there's a generalist "other contact" code, in case all the other cow codes don't suffice.

5. V91.07XA Burn due to water skis on fire, initial encounter
I feel like this code exists simply because of daredevils vying for YouTube glory.

6. W22.02XD Walked into lamppost, subsequent encounter
This seems like a scenario that should be in this Windows Phone commercial.

8. V80.730A Animal-rider injured in collision with trolley
But what happened to the animal? Did it not collide with the trolley?

9. W56.22xA Struck by orca, initial encounter
It’s so awesome of a code that it spawned a book, website, and artistic movement—not to mention this brilliant image.

10. Z62.1 Parental overprotection
Psychology Today warned us about this.

13. X52 Prolonged stay in weightless environment
For this diagnosis, space really proves to be the final frontier.

14. S30.867A Insect bite (nonvenomous) of anus, initial encounter
I’m not going to even touch this one, except to say that there doesn’t seem to be a venomous version of this code.

15. R46.1 Bizarre personal appearance
This goes out to Lady Gaga.

16. S10.87 Other superficial bite of other specified part of neck, initial encounter
Vampires are real.

17. T63 Unspecified event, undetermined intent
For when your patients provide absolutely no details regarding what ails them.

Fairly nutty, right? But just like the wackiest of laws, these codes exist because they’ve happened to someone at some point. And when it comes to a patient’s medical record, I think we can all agree that we’d rather err on the side of specificity than vagueness.

Know a weird ICD-10 code? Share it in the comments.