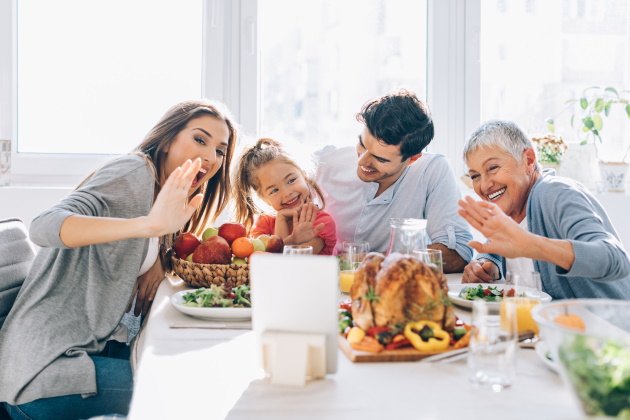 Officially, it’s Thanksgiving Day — but we’ve all come to know it as “Turkey Day” in recognition of the most popular guest of honor at the holiday table. Honestly, however, what do we really know about the big tasty bird that has become so much a part of America’s Thanksgiving tradition?

Truth is, there’s much more to our favorite holiday bird than white or dark meat. Researchers have long studied the bird, technically known as Meleagris gallopavo, the wild turkey from which the domesticated version that we serve up with mashed potatoes and gravy was derived. Here are 10 of the most fun and fascinating things they’ve learned.

Wild turkeys are excellent swimmers and they can fly (except for their domestic counterparts) for short distances at more than 40 miles per hour. They also can run at speeds of up to 12 miles per hour.

According to popular legend, our esteemed Founding Father Benjamin Franklin was disappointed when the bald eagle was chosen instead of the wild turkey as the national symbol. In a letter to his daughter, he wrote, “For my own part I wish the bald eagle had not been chosen as the representative of our country. He is a bird of bad moral character. He does not get his living honestly…For in truth, the turkey is in comparison a much more respectable bird, and a true original native of America.”

The wild turkey was hunted nearly to extinction by the early 1900s when the population had plummeted to a low of around 30,000 birds across North America. But restoration programs have brought the numbers back to more than 7 million today.

North America is home to six subspecies of wild turkey. America’s pilgrim settlers hunted and ate the eastern wild turkey that today has a range covering the eastern half of the United States and extends into Canada. These birds, often called forest turkeys, are the most numerous of all turkey subspecies, numbering more than 5 million.

The traditional custom of the U.S. president pardoning a Thanksgiving turkey is said to have originated in Alabama in the 1940s as a governor’s ritual. John F. Kennedy is generally credited with the first presidential pardon of a White House turkey mere days before his assassination in 1963.

Beyond their familiar gobble, turkeys produce several other distinct sounds. Turkey “words” include a contact call that sounds like a yelp, an alarm that sounds like “PUTT,” and a cluck that experts believe is used as a call to assemble.

An exhaustive study of wild turkeys published in a 1971 issue of Scientific Americandiscovered that the community of birds is “characterized by an astonishing degree of social stratification, greater than had previously been seen in any society of vertebrates short of man.”

The study describes an avian dystopia where the permanent status of each individual is determined in the first years of its life. Young males, for example, engage in grueling battles to determine alpha status and only the most dominant alpha male is privileged to mate.

An adult male gobbler typically weighs 16-22 pounds, has a beard of modified feathers on his breast that reaches seven inches or more long and has sharp spurs on his legs for fighting. A hen is smaller, weighing about 10-12 pounds and she has no beard or spurs. Both genders sport a snood (a dangly appendage on the face) and a wattle (the red bit hanging under the chin).

A turkey’s gender can be determined from its droppings. Males generate spiral-shaped poop while the female’s poop is shaped like the letter J.

Baby turkeys (called poults) eat seeds, berries and insects, while adult birds have a more varied diet including acorns and even small snakes and lizards.