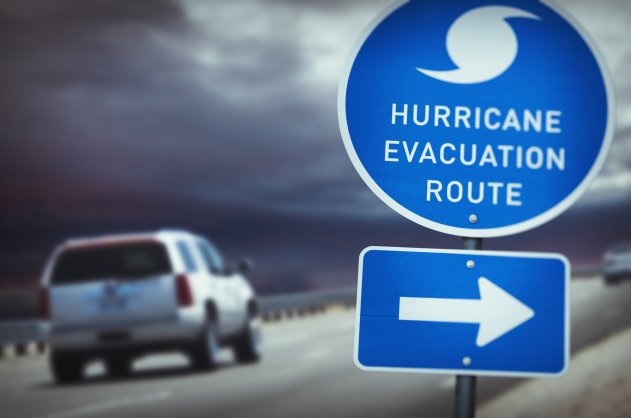 Hurricanes have become more destructive since 1900, says a fresh piece of research from the Niels Bohr Institute, University of Copenhagen.

The worst hurricanes are more than three times as frequent now than 100 years ago, the researchers found. New ways of calculating the destruction, compensating for the societal change in wealth, unequivocally show a dramatic increase in the most destructive hurricanes that routinely hit North America. PNAS published the study.

The researchers report that they’ve calculated the historical figures differently than in the past. No longer comparing single hurricanes and the damage they would cause today, researchers looked at the size of a region and if it could be viewed as an "area of total destruction."

An area of total destruction means how large an area a storm would have to destroy completely to account for a financial loss.

Doing so makes a comparison between rural areas and more densely populated areas easier. The comparison equalizes the unit of calculation, including the size of the area of total destruction.

With the new method of measuring destruction, researchers found that hurricanes are more destructive on the Gulf and East coasts of the U.S. than they have been in the past.

Additionally, the study by the research team is congruent with climate models that predict and understand the development in extreme weather.

According to those who measured damage caused by such storms, previous studies proved challenging to isolate the climate signal, which is understood as the effect climate change has on hurricane size, strength, and destructive force. The climate signal “was hidden behind variations [because of] the uneven concentration of wealth, and it was statistically uncertain whether there was any tendency in the destruction.”

Now, however, comparing hurricanes and following their development over time no longer requires the traditional way of calculating hurricane damage, which required surveying the subsequent cost of the damage done by each storm.

For example, this includes what a hurricane from the 1930s or 1940s would cost in today's dollars versus storms making landfall currently. According to the researchers, using the method of calculation shows that the majority of damage is attributable to the fact that there is more concentrated wealth in the area, as well as more costly infrastructure to suffer damage from the storm.

"Evidence of a climatic change in destructive force by hurricanes has been obscured by statistical uncertainty," the researchers note.