On equity: How the pandemic may impact schools in the future 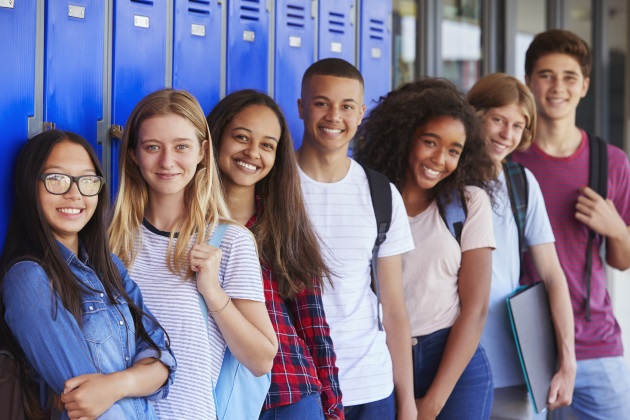 As our nation prepares to enter a third month of altered operations as a result of the COVID-19 pandemic, an alarming reality is starting to give rise amongst policymakers, educators, and parents alike: When it comes to equity, many schools and school systems may in fact be worse off than they may have originally thought, and it will get worse before it gets better.

For many educators from coast to coast, the pandemic seemingly arrived without warning, paralyzing schools and school districts in mid-March. As a New Hampshire high school principal, I remember ending a normal week of school on Friday, March 13. By Sunday night, I was sending notices to my families that the school facilities were to be closed effective immediately and my staff and I would need a few days to put together our temporary plan to continue instruction through remote learning.

In that plan, we would attempt to address issues related to instruction, meal assistance, Wi-Fi connectivity and technology device distribution, and social-emotional well-being.

I know that many of my principal colleagues felt the same way as I did when I wrote my March 23 MultiBriefs Exclusive, entitled, “I’ve Never Led an Online School. What Do I Do?” We did our best to put together a plan, recognizing that it would need to evolve over time if “temporary” meant we had to sustain remote operations for more than a couple weeks. Now, here we are — and our equity issues are starting to become apparent in our schools

In this recent Education Week article, reporter Daarel Burnette explores this topic in more detail, using the city of Rochester, New York, as a case study for a community that could be facing a long climb out of the financial hole that has been dug for them by the pandemic. Even before this, Rochester had equity work to do.

Burnette reports, “Of the 25,000 students in Rochester’s schools, 86 percent are black and Latino. Ninety percent of them qualify for free and reduced-price meals. Just 13 percent of elementary school students in the district can read on grade level.” As policymakers start to make decisions on how to reboot the nation’s economy, future federal and state funding has become such a question mark for school leaders that many have had to rely on local tax burdens.

For a city such as Rochester, with a median household income of just over $33,000 (nearly half the median for the United States), the local tax burden will not be able to sustain the funding needed to operate schools as only 36% of city residents live in homes, compared to 64% nationally. Rochester receives 85% of its funding from the state.

What does the future look like? Burnette reported this: “If a huge, new bailout package doesn’t arrive from the federal government, K-12 funding advocates are pushing for states to use alternative budget-cutting strategies such as making bigger cuts from wealthier districts, temporarily capping property tax revenue or overhauling funding formulas. Such attempts typically face fierce backlash from suburban parents and their political representatives.”

Now is the time that policymakers and school leaders alike should start looking for ways to minimize the damage and preserve efforts that have been made for decades to eliminate the equity gap in schools. Some school districts may serve as a model for what is possible.

In a recent article by Tiffany Taber of The Education Trust, Virginia’s Alexandria City Public Schools (ACPS) were highlighted. There, 56% of students qualify for free- and reduced-price meals. Since mid-March, the school district has distributed more than 160,000 meals to students and families through “grab and go” distribution centers. ACPS is a one-to-one technology system, and teachers used the technology to tap into whether or not students and families were in trouble.

Taber reported, “Once schools closed, teachers in many schools began keeping track of which students were logging into their computers and which were not — using this data as an early-warning indicator to identify children who may need supports across academic, social-emotional, and other areas.” From there, the district supports a number of structures to provide assistance as needed. If connectivity is the issue, students are sent hotspots.

If the needs are related to social-emotional well-being, then a team of school counselors, nurses, psychologists, and social workers engage with families through telesupport. For the youngest of learners, who benefit the most from face to face instruction, ACPS provides pre-recorded lessons via local access television, enrichment activities, and virtual story hours.

ACPS’ efforts show that school districts need to spend time now reprioritizing their community needs, and then look for ways to direct current resources to that priority. If we all can get ahead of this, we may save ourselves from a gloomy future. The challenge is up to us as administrators to make this happen as soon as possible.