How to get your staff in the game 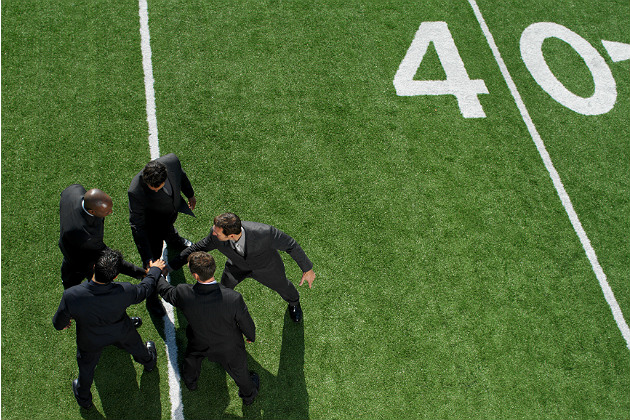 Part of running a business involves utilizing and developing skills to get everyone to play the same game, to work toward the same goals and objectives. But what's the likelihood that all your employees are playing the same game you are?

That's the essence of skill development. It's about building a bridge that unites you and your staff in pursuit of the cause.

Athletes demonstrate the "big game" phenomenon all the time. When they're focused on the game, minor and even major injuries don't faze them, and they keep playing to win. There are lots of stories about athletes who play with dislocated fingers, broken bones and extreme pain that would have most anyone heading for the bench, but they press on and play through the pain.

Why? It's not just the money. They're focused on achieving a goal and won't let anything get in their way. No one expects that kind of dedication from the average retail salesperson in their job, but think what a little of that mindset would do for your business.

What kind of game is played?

The game they're playing obviously takes place on another playing field entirely — if they're involved in the game at all. Many employees are not inspired to take pride in their job and are totally unconcerned with the customer's perception of your business and service. This is totally unacceptable to conscientious companies and yet is too often the norm.

And what's our response as an owner, supervisor or manager? We manage failure. We rationalize failure. We shake our heads and lament the fact that most people just don't care about doing a good job — that it's really hard to find employees who care. We often even pay them based on our low expectations. So, of course, that's usually the kind of person you get.

The fact is that without cause, constant emphasis on skill building or consequences for lethargy, you will never find out what your staff can do.

More often than most managers, supervisors and owners like to admit, "average" employees don't ever become above average because no one champions the cause. No one gives them a vision of what’s possible. No one guides them and builds their skills by helping them experience a steady series of little wins, little shifts in their perception of their importance to the company.

Amazingly, many managers and employees behave the way they do because no one has shown them a better way. Yet most often, they're willing to change if they're given clear instructions and understand why the change is beneficial.

Lead the way. Put everyone in the big game and watch your business take off.